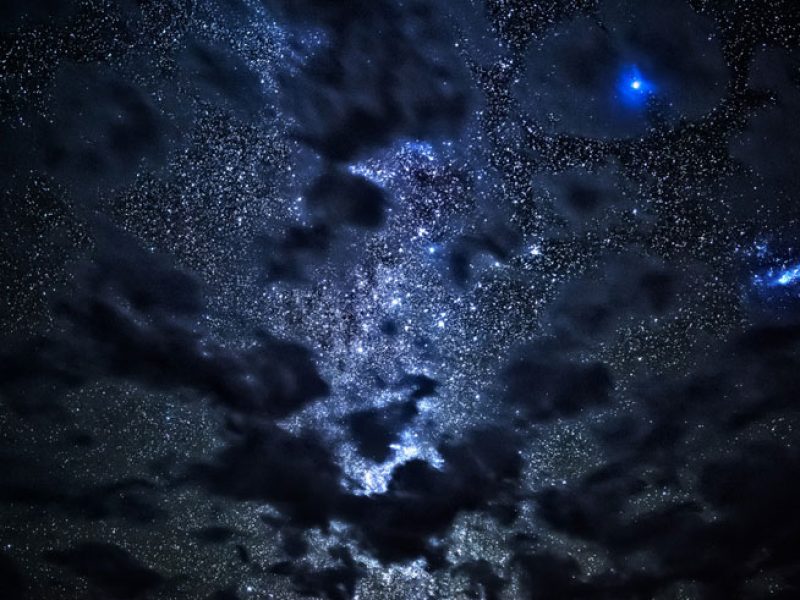 The landscape of the NamibRand Nature Reserve is quintessential Namibia, with its rolling red sand dunes, golden plains and rugged mountains, as well as the chance to see wildlife such as oryx, zebra, and giraffe.

One of Africa’s largest private nature reserves, it was originally established in order to protect the wildlife and ecosystems of the southwest Namib Desert. But the Namib isn’t just about dunes and fauna: after sunset another very special attraction appears, as a dazzling display of stars is revealed overhead.

Appointed a Gold Tier International Dark Sky Reserve in 2012, the NamibRand has been lauded as one of the darkest locations ever designated by the International Dark Sky Association. With the nearest communities over 60 miles away, there is little light pollution here, making it an astronomer’s paradise. Amateur stargazers and keen astrophysicists alike will relish the opportunity to see Jupiter, the Southern Cross and so much more on a celestial safari through the clear skies above.

To maximise your experience and gain a greater understanding of the Milky Way and our place within it, spend a couple of nights at the beautiful Sossusvlei Desert Lodge. Located in the NamibRand, the lodge features its own observatory complete with telescope and resident astronomer to ensure you don’t miss a thing. Back in your room, lay back and enjoy the constellations stretching out above you through the star-viewing skylight over your bed. Alternatively try the Wolwedans Dune Camp in the heart of the reserve, where you can sleep out under the stars on your own private deck.

For those that want to really bask in the starlight, a hiking adventure with nights spent camping out in the NamibRand offers a truly unforgettable desert sky experience.