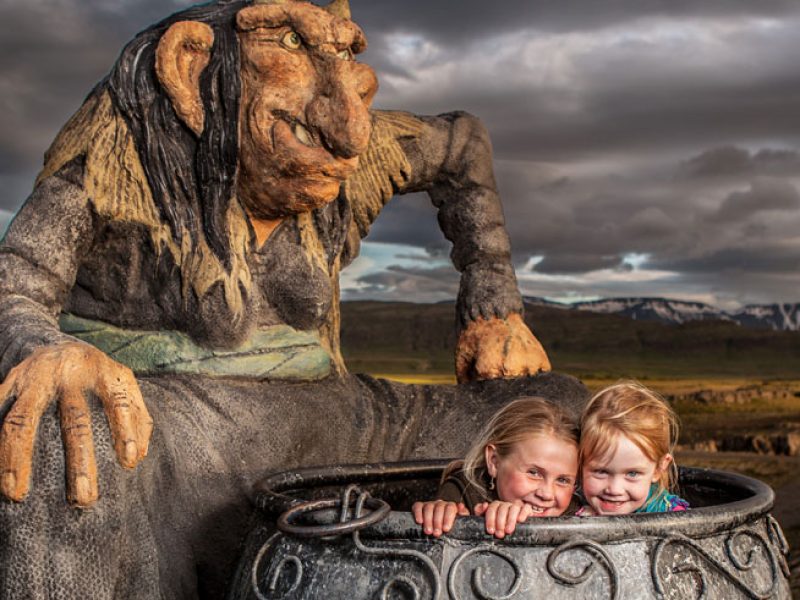 From tiny hidden elves, or Huldufolk, to giant trolls whose ginormous footprints shape the horizon – Iceland is said to be full of eerie mythology and folklore that’s waiting to be discovered.

If you find yourself in Iceland around the Christmas period, be sure to put a pair of your shoes by the windowsill before you go to bed each night, as legend has it – when you awake, you’ll soon know whether you’ve been naughty or nice by way of a gift of sweets or rotten potatoes from the Icelandic Yule Lads!

As the legend goes, the 13 Yule Lads were sons of the meanest ogres in Iceland: Gryla and Lellaluthi. With names to suit their wayward personalities, each troll had an individual story that scared children into behaving themselves to avoid an unwanted visit.

The legend of the Yule Lads has rapidly changed over the years, as a law was passed to prohibit parents from frightening their children with such stories. Today, the Yule Lads are only seen as slightly mischievous, but feature a similar resemblance to Santa Claus – depositing only kind gifts in shoes. You can meet the Yule Lads, Gryla and Lellaluthi each year from the 12th December in Reykjavik’s National Museum.

Ready to meet the Yule Lads?

from £330
excluding flights
3 nights Dec
Enjoy the city's fireworks as you celebrate New Year in the capital.
Discover more