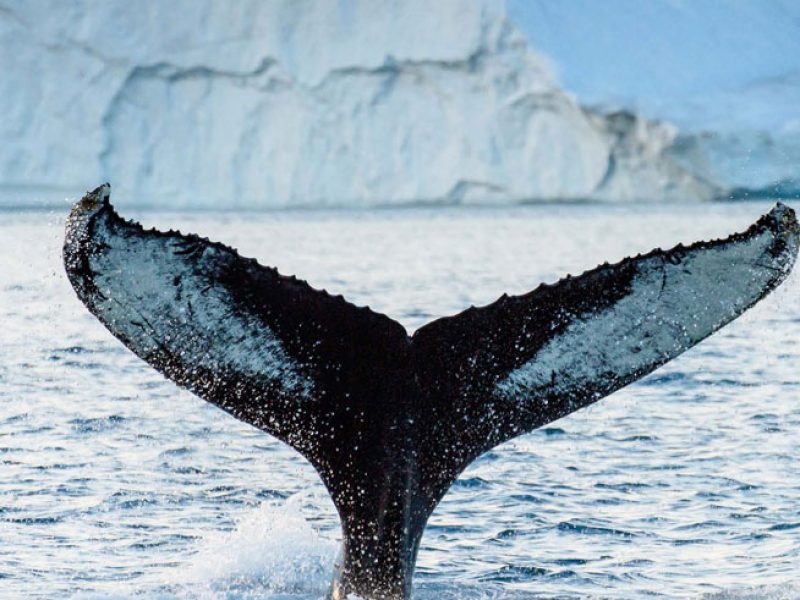 As the austral summer draws to a close and penguin chicks start heading out to open sea, the busy Antarctic waters welcome an increasing number of whales. March is an ideal month for whale watching in Antarctica due to a higher concentration of these giants of the sea as they return each year to favoured feeding grounds, before migrating to warmer climates.

If you’re after a deeper insight into cetacean activity then a special focus voyage is highly recommended! Travelling with a team of expert marine biologists, you can witness their research first hand and even play a part in collecting essential data.

Join the Woods Hole Oceanographic Institution on board the Hebridean Sky

Four scientists from the Woods Hole Oceanographic Institution (WHOI) will welcome you onboard the Hebridean Sky in February, on a voyage with a twist: a chance to become a citizen scientist.

Humpback whales migrate thousands of miles to their feeding ground in the Southern Ocean, yet nothing is known about how these whales find the krill that they consume. WHOI’s ground-breaking research aims to understand how global warming, which is impacting the distribution and volume of krill in our oceans, will affect large whale populations.

Citizen Science provides you with the opportunity to participate as a scientist on board, assisting with the tracking of whales, collecting data and reporting on natural phenomena. In addition to ongoing briefings on the study’s progress, there will also be a panel discussion on The Future of the Antarctic Ecosystem. The panel will feature the WHOI team, alongside the Hebridean Sky’s own onboard marine biologist and whale expert, Annette Bombosch PhD.

Along the way, you will also explore the spectacular Antarctic Peninsula, enjoying Zodiac cruises and shore landings in search of seals and penguins. Marvel at immense glaciers, snow-capped peaks and floating icebergs and uncover the history of Antarctic exploration with your expedition team.