Your Guide to Iceland’s Culture and Traditions

A land of otherworldly landscapes and shimmering northern lights, Iceland’s natural wonders are well established among adventure travellers but there is more to Iceland that what nature has bequeathed. The country’s ancient heritage and quirky folklore blends with a modern culture of food, craft beer, and a love and respect for the outdoors.

Let’s dive into the culture and traditions of Iceland so you have a bit more knowledge of this magical country before you visit.

What is Iceland known for?

Iceland is known as “The Land of Fire and Ice” because of its opposing geological features. The fire refers to the multitude of volcanic activity, and the ice obviously refers to the country’s many glaciers, which cover approximately 10% of the island.

Probably the most well-known appeal of visiting Iceland is to catch a glimpse of the aurora borealis, or northern lights. Aside from this awe-inspiring event, Iceland is known for its beautiful waterfalls, diverse bird and marine life  as well as a vibrant music and arts scene.

Is it always cold in Iceland?

Iceland is not as cold as you might think during the summer months. The average temperature in July is between 10 and 13 degrees Celsius, however warm days can reach up to 25 degrees (which can be warmer than a summer day in the UK). In winter, the country is not as cold as its Nordic counterparts like Sweden and Norway, benefitting from warmer air of the Gulf Stream. However, Iceland’s weather is notoriously changeable and wind chill should not be underestimated, and it can get extremely cold at certain times of year, particularly in the winter when it can go down as far as -5 degrees.

What is the culture of Iceland?

Iceland is a Nordic country, which means it has strong ties to the ancient Vikings. Icelanders are proud of this heritage and the many customs that come along with it, particularly in terms of the language which still has close ties to the Old Norse language that would have been spoken by early Viking settlers.

Aside from their Viking roots, Icelanders have a strong culture of food, literature and the arts. The capital of Reykjavik has galleries, bookstores, theatres and a symphony orchestra. In fact, Icelandic music has become its own genre, combining pop and folk. Taking in a local gig is a wonderful way to embrace the culture and atmosphere of this unique place. 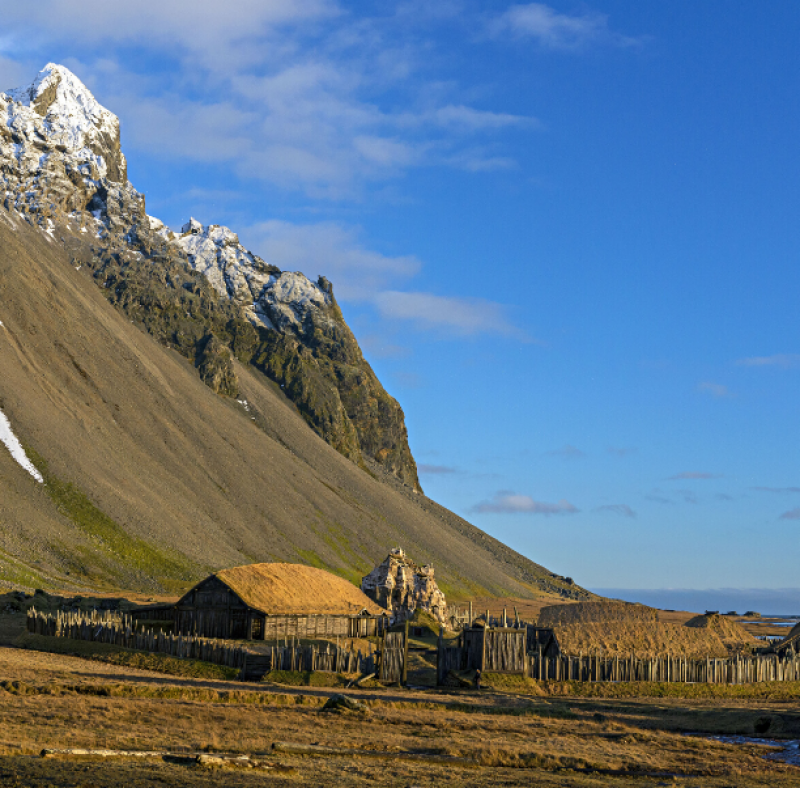 What do people in Iceland eat?

There is a strong food culture in Iceland, although some of the more traditional dishes are an acquired taste. The mainstays of Icelandic cuisine are fresh, locally sourced  lamb and fish dishes. Many restaurants specialise in seafood due to Iceland being surrounded by an ocean abundant with all manner of fish and shellfish.

Traditional dishes such as Hákarl – fermented shark meat, are no longer in the mainstream and are typically reserved for festivals such as Thorrablot (Þorrablót), the midwinter festival when it is sampled with Iceland’s infamous schnapps, Brennivin.

Þorramatur is another traditional dish; it is a platter of cured meat and fish that was invented in 1958 in a Reykjavik restaurant. Modern Icelanders probably would not order it however, as it has come to represent the stranger side of Iceland’s old-style foods.

What are some traditions in Iceland?

There a number of special days in Iceland that celebrate all a range of occasions. Bóndadagur and Konudagur are Husband’s Day and Wife’s Day respectively, which is a day to celebrate your spouse with a gift and a meal. Thorrablót is another special day that celebrates the ancient month of Thorri (mid-January to mid-February on a modern calendar), where Icelanders will usually attend at least one feast full of delicious foods, including smoked lamb. They will also sing, play games and tell stories.

An interesting thing about Icelanders, which speaks to their history of magic and mystery, is the relatively widely-held belief in elves. 7% – 8% are certain they exist, and 45% believe that it is likely or possible that elves still roam the land. Elves, trolls, and other mythical creatures are signifiers of Iceland’s love of folklore, which remains strong to this day.

What should you not miss in Iceland?

There is so much to see and do in Iceland, that the answer largely depends on how long you stay and therefore which areas you have time to visit.

Iceland’s classic sights are dotted around the country with the best known in the south and north east. The Golden Circle is Iceland’s most popular tourist trail featuring Thingvellir, Gullfoss and Geysir. This packs a geological and historic world heritage site, a thundering waterfall and an erupting geyser into a single day, but it can be very busy as it’s within easy reach of Reykjavik. It’s a fantastic place to start your south coast Iceland adventure, and is a great gateway to other place. This brings us to the capital city, which offers its own delights being full of stylish restaurants, lively bars, galleries and museums to get your cultural fix, however the real gems lie outside the city.

The black sand takes on extra sparkle at Diamond beach adjacent to Jokulsarlon Glacial Lagoon, where icebergs drifting out to sea are thrown back on the beach by the Atlantic waves.

Those with time to visit North Iceland should not miss Lake Myvatn. You could easily spend a week exploring the volcanic oddities and plentiful birdlife. From Myvatn a day trip to Europe’s most powerful waterfall, Dettifoss, is highly recommended.

In reality, this is just the tip of the metaphorical iceberg, of what to see in Iceland. Our expert team will be happy to discuss your options. 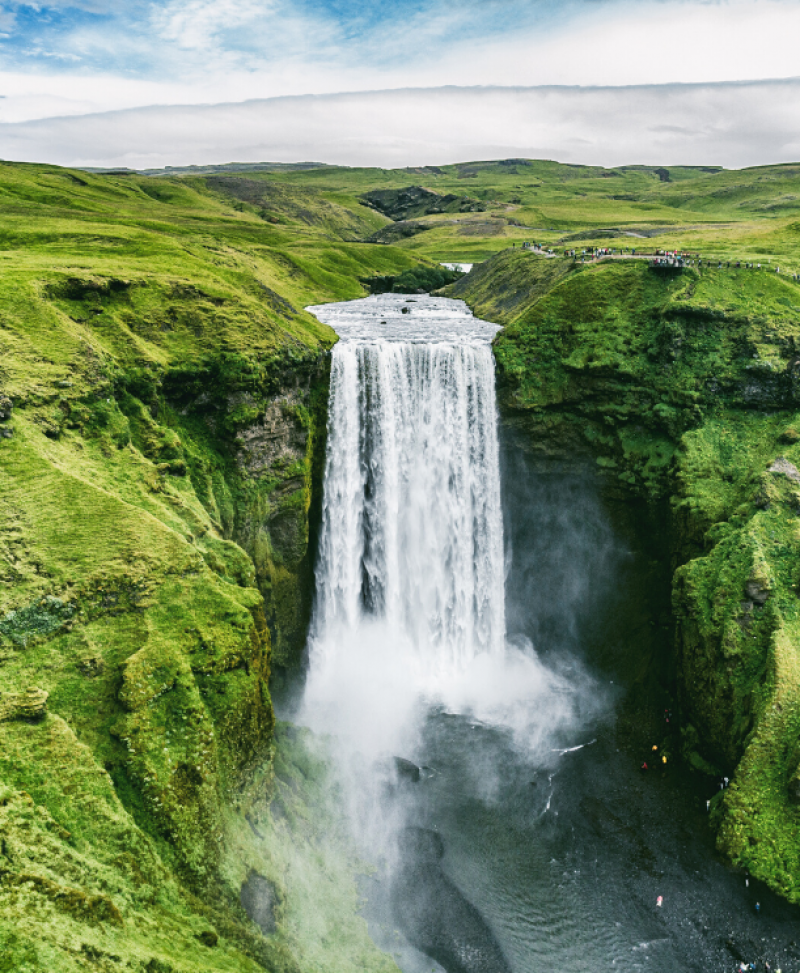 What is Reykjavik known for?

There are many spots to check out in the city, depending on what you are interested in. Fans of architecture must see Hallgrímskirkja church, an expressionist piece which sits in the centre of the city. At the top of the 74.5m building is a panoramic viewing platform, from which you can see the entire city in one go.

Reykjavik is a stylish city as well, with many upmarket clothing stores and luxurious art and furniture shops to peruse. There is also a colourful and lively nightlife in the city, with cafes and bars open until late, often offering entertainment in the form of live music, opera, cabaret and poetry.

In the winter months, you can even see the northern lights from within the city limits if you head out to the seaside at Seltjarnarnes, though due to the light pollution from the city we’d highly recommend heading into the countryside for optimum aurora sightings.

What is the best city to stay in Iceland?

Reykjavik is the largest and most well-known of the cities and towns in Iceland, but Akureyri (nicknamed the Capital of North Iceland) is an important fishing town. Surrounded by mountains and with its own unique cultural scene, it’s a worthwhile place to visit. Folk culture is generally more widespread in Akureyri so it is a lovely spot to take in the vibe of Iceland in its truest form.

However, where you stay really depends on what it is you want to do in Iceland, as proximity can be important. Both Akureyri and Reykjavik have a lot to offer, but if you are unsure give our team a call to discuss your options.

What should you avoid in Iceland?

There are a couple of bits of advice in terms of things to avoid in Iceland. A couple of tips include: 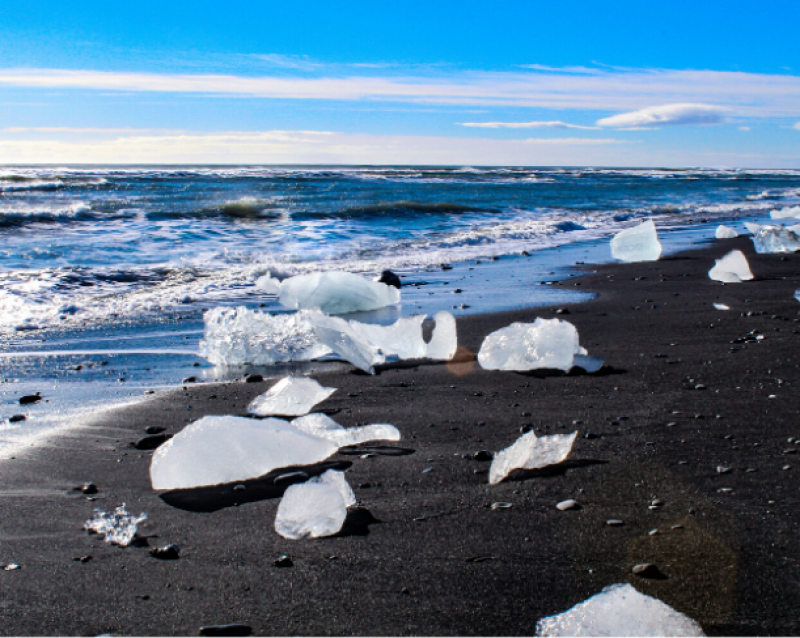 How many days do you need in Iceland?

Again, this does depend on what you wish to do during your trip and when you are travelling. We would recommend between 4-7 days in winter and 7-14 days in summer. Shorter trips are more popular during winter when the days are shorter but you can get a great taste of what Iceland has to offer. The long days of summer lend themselves to in-depth exploring when you can venture further and discover more of Iceland’s attractions.

Looking to see Iceland in all its glory? See our Iceland Holidays page to learn more or call us today and speak to the experts – 01737 214 250.