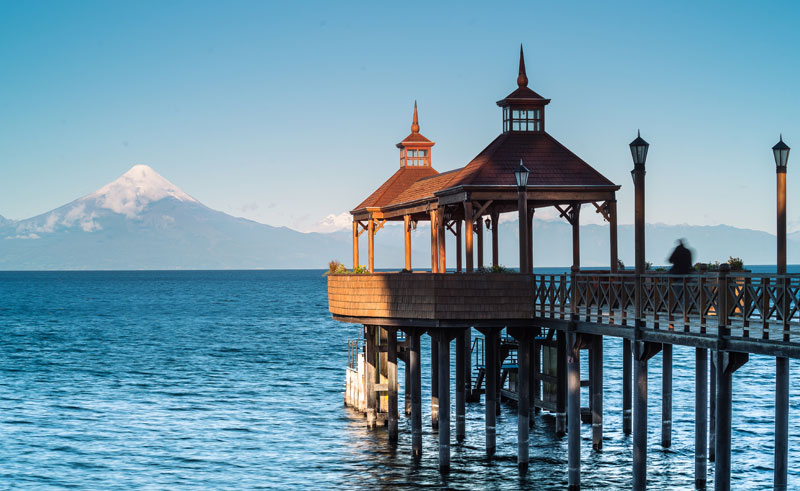 Explore some of the towns that most showcase the Germanic influences on this corner of South America.

The tour begins with a visit to Llanquihue, a city founded by Germans located on the shores of the lake of the same name. Continuing along the route visitors reach Frutillar Alto where the German Colonial Museum may be visited, featuring an exhibition of the German colonization in the area and its key buildings: Llaveria, Casa del Molino and Molino de Agua, Casona del Campo, Casa de Herrero and Taller de Herreria and Forja y su Campanario, without leaving out the gardens and parks where century-old native tree species can be found.

The excursion continues to Puerto Octay, located on the northern shore of Llanquihue Lake. This area is known for the diverse architecture which reflects the colonization process of families who came over from Germany, with houses that combine European building traditions of the 19th century with the local methods, mainly of Chiloe.  There will be free time to walk around before returning to Puerto Varas.

Notes: Museums are closed on Mondays and Public Holidays.