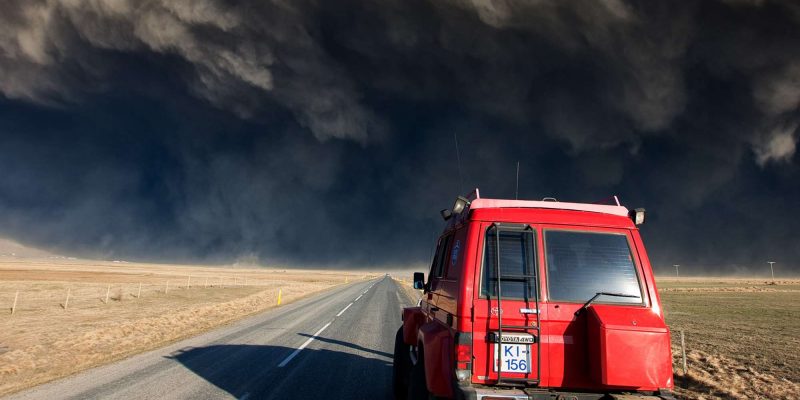 Everything you need to make the infamous 2010 eruption the ultimate “Thinking Like a Geographer” case study!

11 years ago, a small, unheard of, unpronounceable volcano erupted in the south of Iceland.

Iceland, being on the Mid-Atlantic Ridge and on a magma hot spot, had experienced many eruptions before, and since – but this captured the interest of the world. It sparked a butterfly effect that had impacts across the globe, and therefore lends itself to being a unique and fascinating case study that encourages real “geographical thinking” from many different perspectives.

Eyjafjallajökull, AKA, Ayuh-fyat-luh-yue-koutl, AKA Island Mountain Glacier, is one of the smaller ice caps in Iceland covering the caldera of an active volcano. The volcano has erupted relatively frequently since the last glacial period and most recently in 2010. Eyjafjallajökull is a strato-conical volcano, built of many layers of hardened lava, tephra, pumice and volcanic ash. Due to the glacier covering the caldera, Eyjafjallajökull’s eruptions are explosive and generally contain much ash, with the added risks associated with Jökulhlaups

From a geographical perspective, what have we learnt from this eruption and what has changed?

During the 5 days following the eruption, European aviation authorities completely stopped flights. The ash plume that dissipated over European airspace deemed flying impossible. It is estimated that the aviation industry lost between $200-400 million per day. Ten million passengers were affected and more than 100,000 flights were cancelled. The cost to the industry was estimated to be over £1.2 billion.

The closure of European airspace also had far reaching impacts on international trade. This was perhaps best illustrated by the impact felt by Kenyan farmers. It was estimated that the Kenyan horticulture industry lost an average $3 million per day, with some 3000 tonnes of fresh flowers destined primarily for the UK market left to rot.

These highlight the butterfly effects of a hazard in a small, sparsely populated country and how that can have such an impact on far-away places, who are adversely affected in our ever globalised, interconnected world. 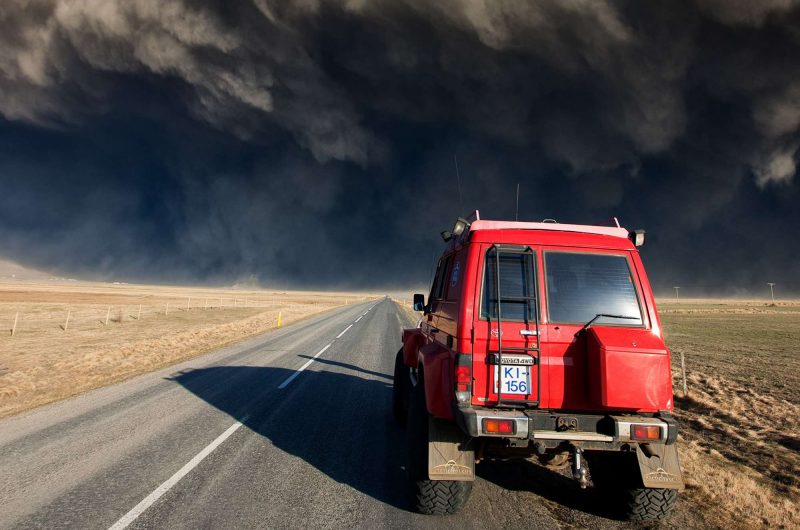 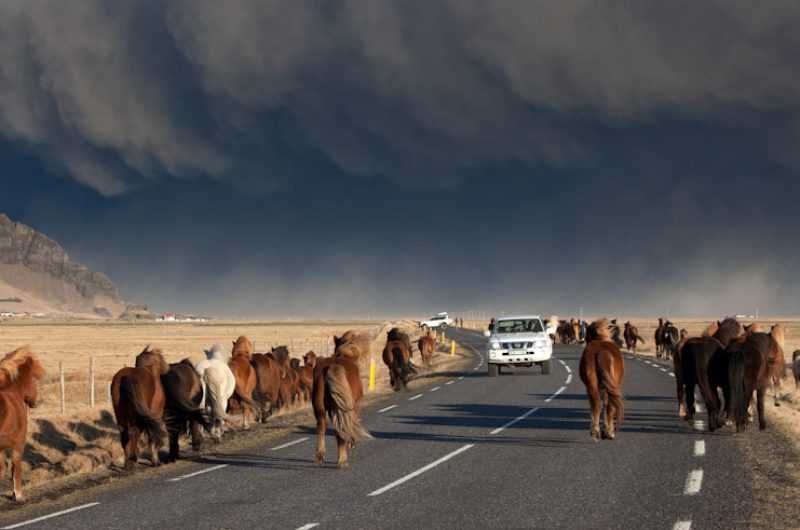 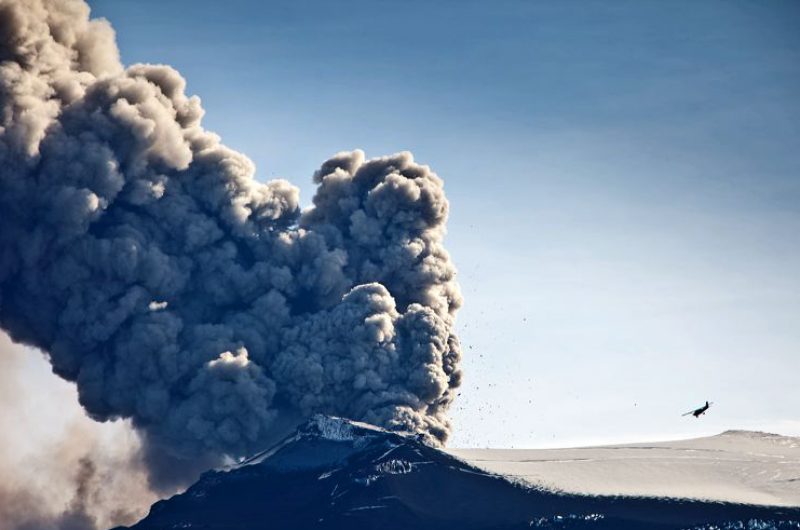 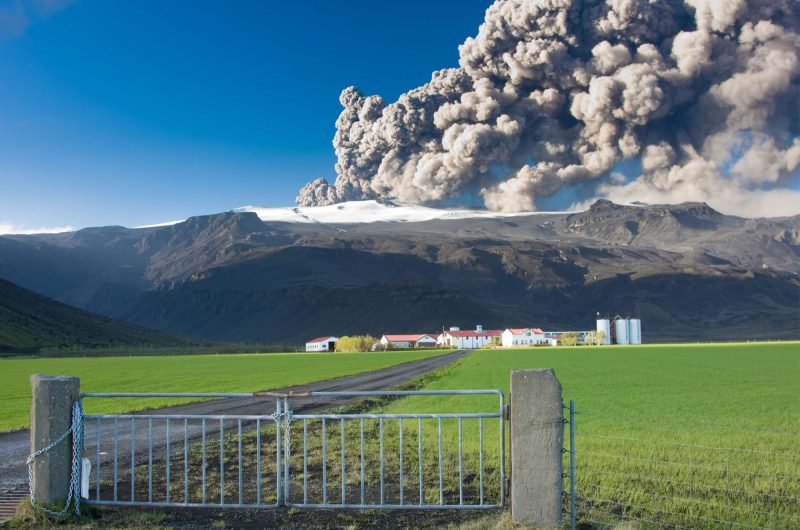 The aviation community’s zero tolerance policy for flying through volcanic ash came under intense scrutiny, and subsequently engineers, volcanologists and modellers have pulled together to learn more about what constitutes hazardous air space in relation to volcanic ash. Their research focussed on;

Moderation of the zero-tolerance ash policy that stood in 2010 has changed. Today, the civil aviation community has more flexibility and knowledge; vital monitoring and information provided by the Volcanic Ash Advisory Centre (VAAC) on ash concentrations and on the routing of flight paths around areas of contamination helps the Civil Aviation Organisation to keep our air traffic superhighways operational.

However, the Eyjafjallajökull eruption is a rare example of how a natural hazard can have longer term beneficial effects for a country’s economy. This explosion put Iceland firmly on the map as foreign news media descended on the island capturing its spectacular landscapes for all the world to see. Using the eruptions as a springboard, the Icelandic Government and tourist industry invested 700 million ISK. (4.3 million Euros) to finance a special marketing campaign entitled “Inspired by Iceland”. Their tag line was “Iceland has never been more awake and there has never been a more exciting time to visit the country”. Its main focus was to allow individuals to share stories and memories of Iceland using the various social media platforms, turning a negative event into a positive and changing the focus of international attention on Iceland into a chance to showcase the island’s many unique and appealing attributes.

Tourist numbers increased by 16% in 2011, and ongoing global marketing has resulted in an ever-increasing trajectory in tourist numbers. In 2018, visitor numbers reached over 2.2 million, a 340% increase since 2010. Tourism has grown to become the nation’s most important industry, generating more foreign revenue than fisheries and aluminium smelting.

We recently covered this topic in our webinar series, which you can catch up on here. We also have some exciting resources and videos which can help to bring this topic to life in your classroom. Finally, you can learn more about this fascinating case study by booking one of our free subject toolkit workshops which also include the key topics of Energy, Rivers and Coasts, Sustainable Tourism and the Response to Natural Hazards. We are also offering Geographer Toolkit CPD workshops on “Thinking like a Geographer” and “Writing like a Geographer”. All our workshops are free and delivered by experienced educationalists from Discover the World Education. Further details can be found here!