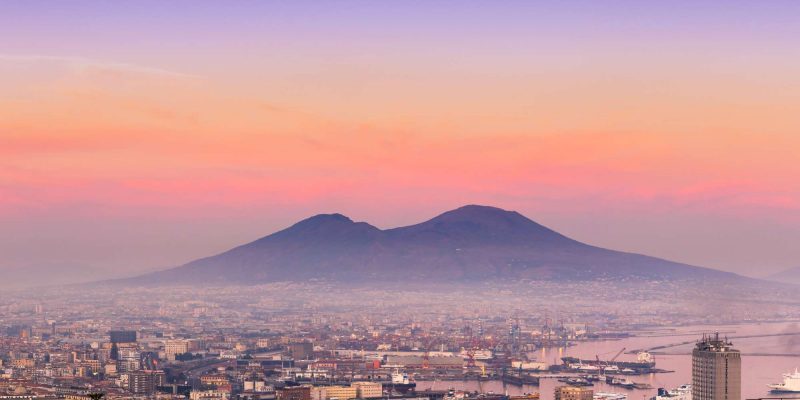 Italy is one of the most tectonically active areas in Europe and home to world famous volcanoes that have impacted its people, shaped the landscape, influenced economic activities and increased our understanding of volcanoes.

Last time it erupted: It has erupted over 50 times and last erupted in 1944 during WWII, destroying US bomber planes stationed a few kilometres away.

Most deadly eruption: The world famous 79 AD eruption may have killed more than 16,000 people. Ash, mud and rocks from this eruption buried the cities of Pompeii and Herculaneum.

Volcanic explosivity index rating (VEI): It has the potential for violent VEI 5 Plinian style eruptions as witnessed in 79AD.

Nearest major city: The city of Naples lies in the shadow of this giant. Over three million people live within the Bay of Naples area.

Number of visitors: Over 2.6 million people visit the ruins of Pompeii each year, from which you can clearly see Mt Vesuvius towering above in the distance.

Interesting fact: The 79 AD eruption of Vesuvius is why volcanologists use the term ‘Plinian’ to describe large eruption clouds. Pliny the Younger, a Roman historian witnessed the 79 AD event, and described the tall, tree-shaped cloud that rose above the volcano. Modern volcanologists to this day use this term to describe the powerful and violent eruptions associated with pyroclastic flows and tall eruptive columns of ash and tephra. 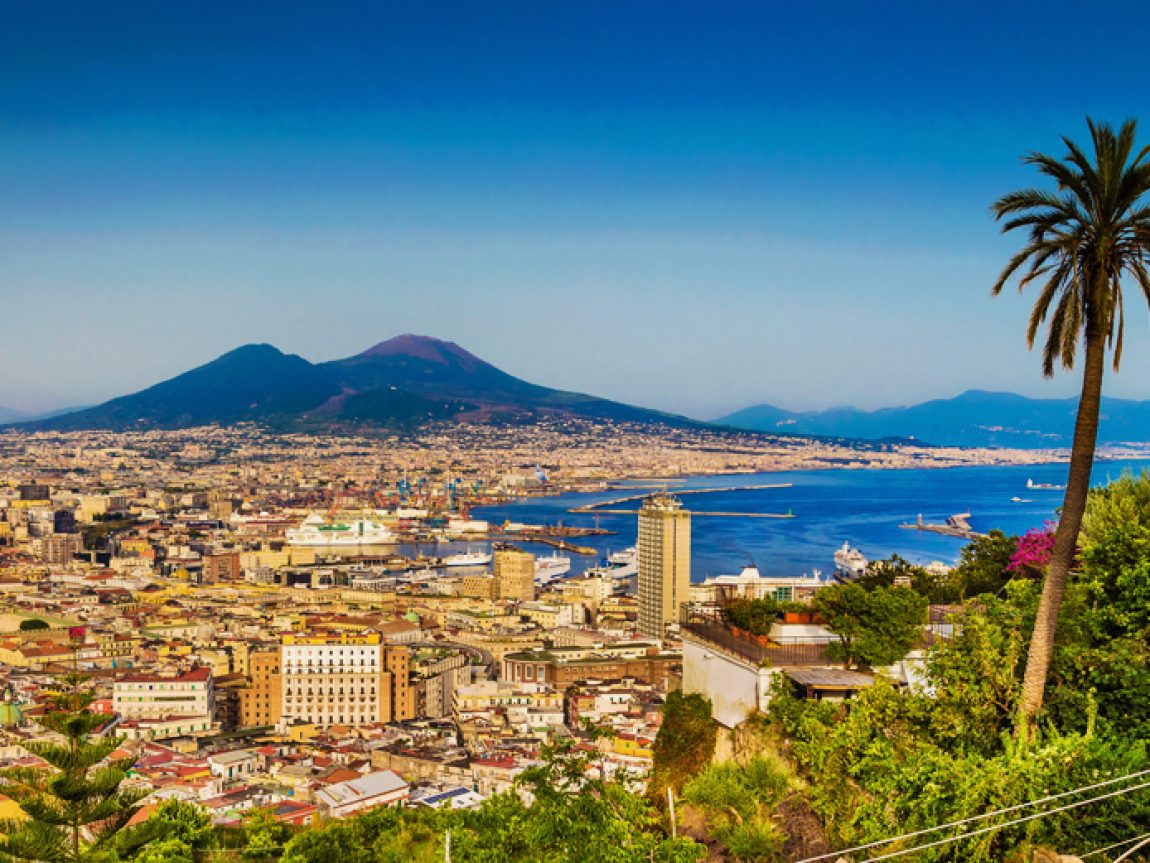 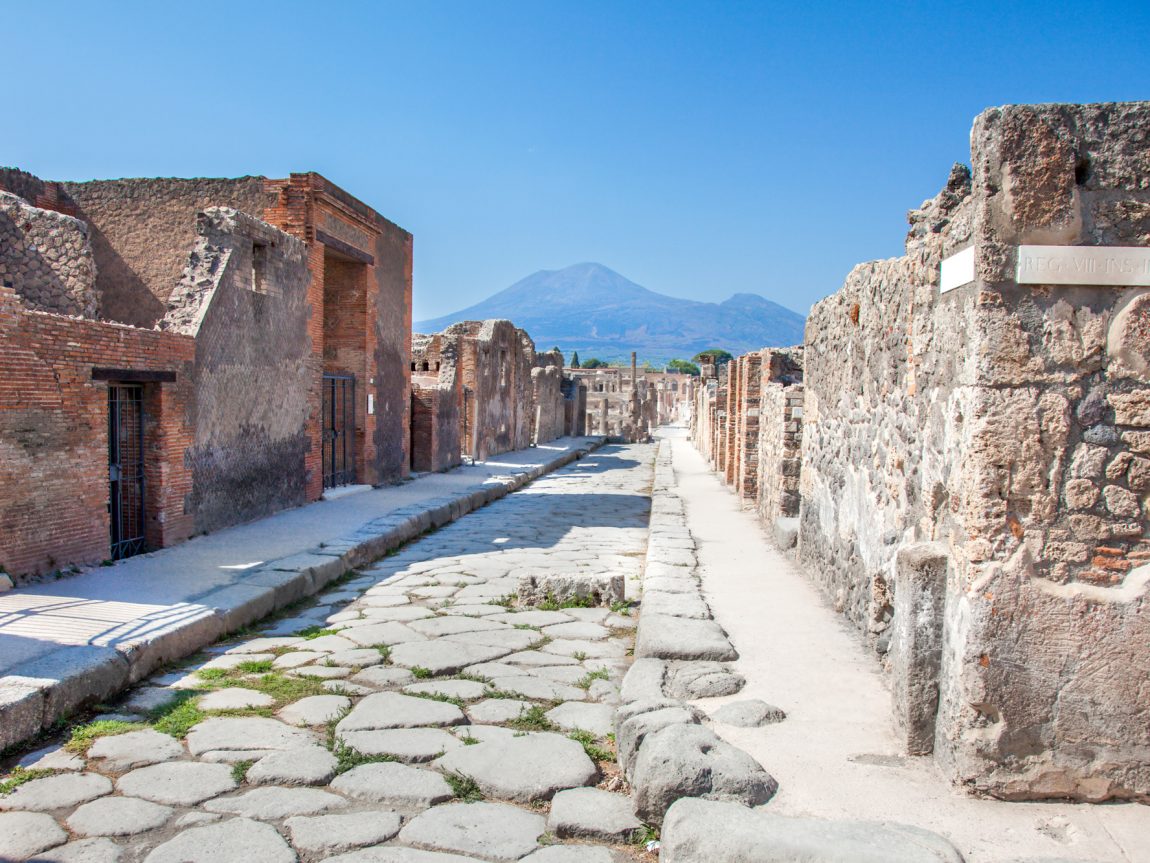 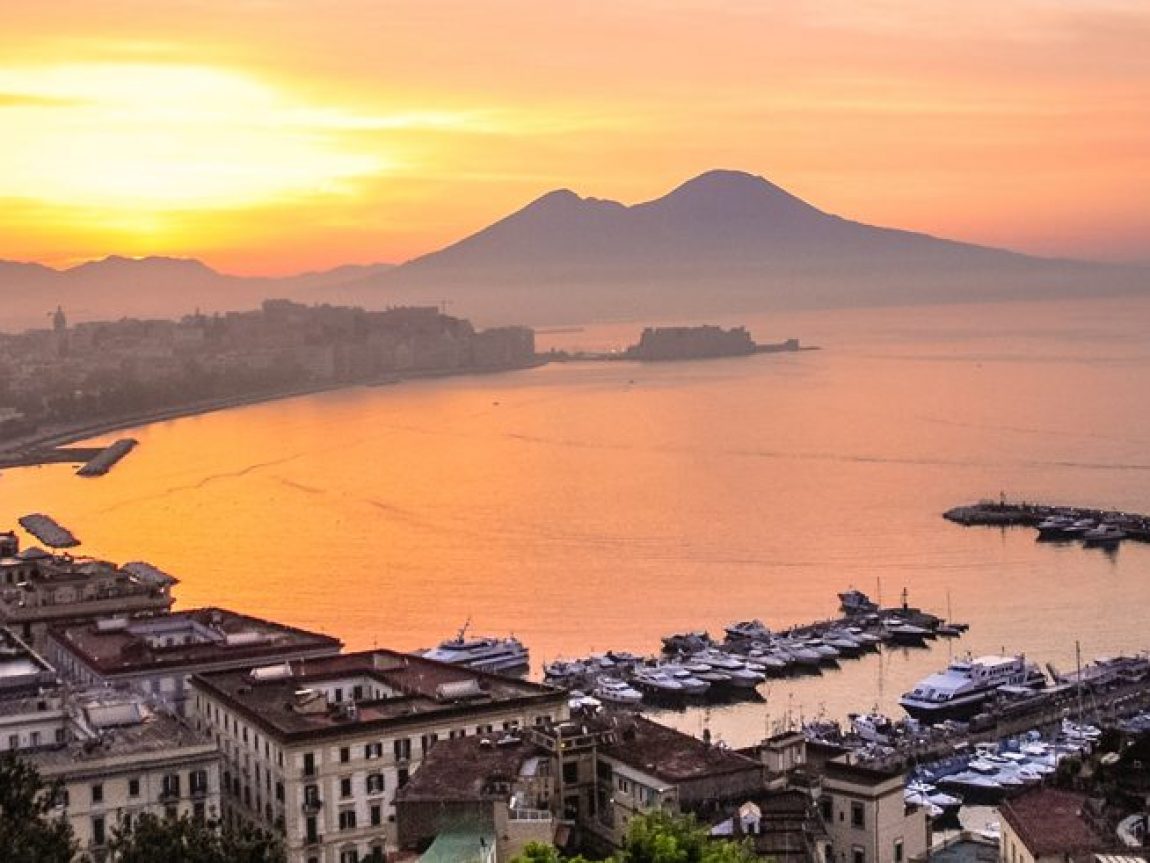 Last time it erupted: Etna is one of the world’s most active volcanoes and erupts every 3-5 years. It last erupted in March 2019.

Most deadly eruption: In 1669 lava flows destroyed 10 villages on the volcanoes fertile flanks and reached as far as the capital Catania.

Volcanic explosivity index rating (VEI): Most eruptions are rated as VEI 1-2 and associated with lava flows.

Nearest major city: Catania, the capital of Sicily, has a population of over 300,000 people and lies just 30 km from the crater.

Interesting fact: According to Greek mythology Etna is the burial place for the monster Typhon, killed by the god Zeus, and it is his wrath which causes the fiery eruptions. 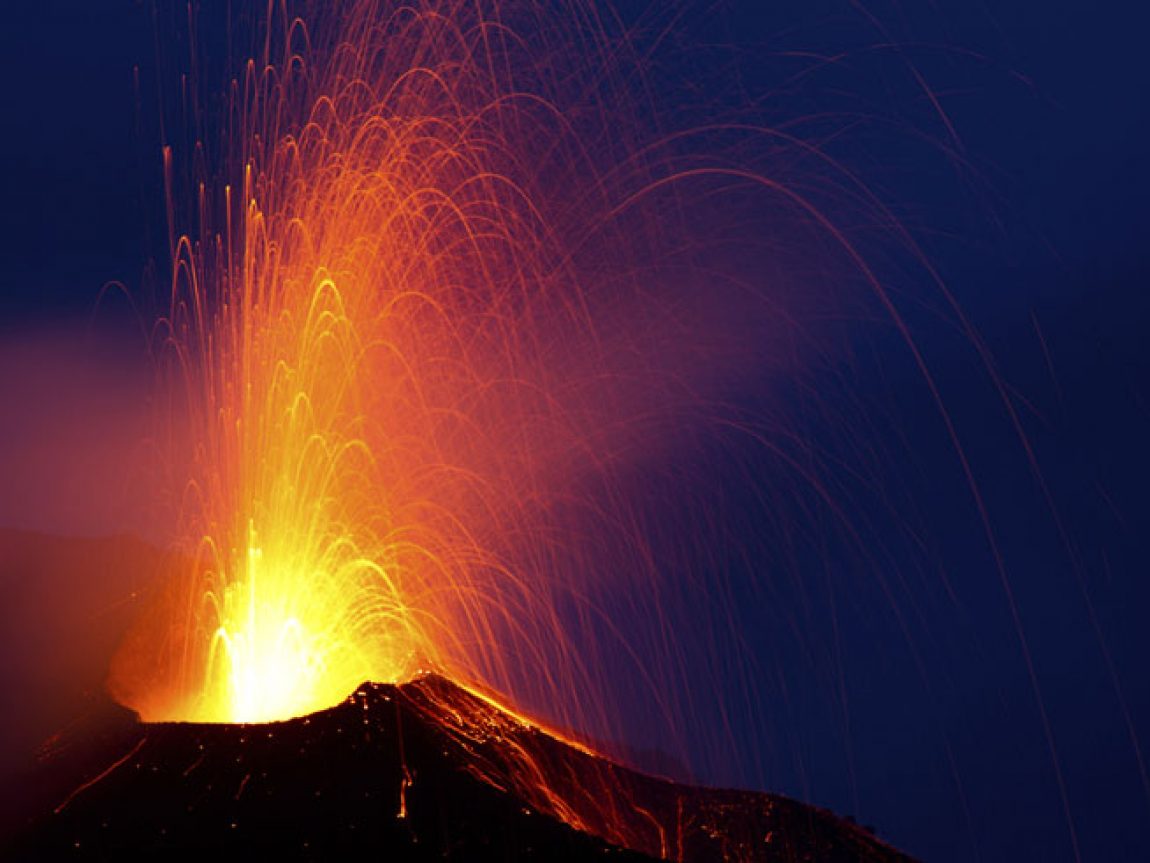 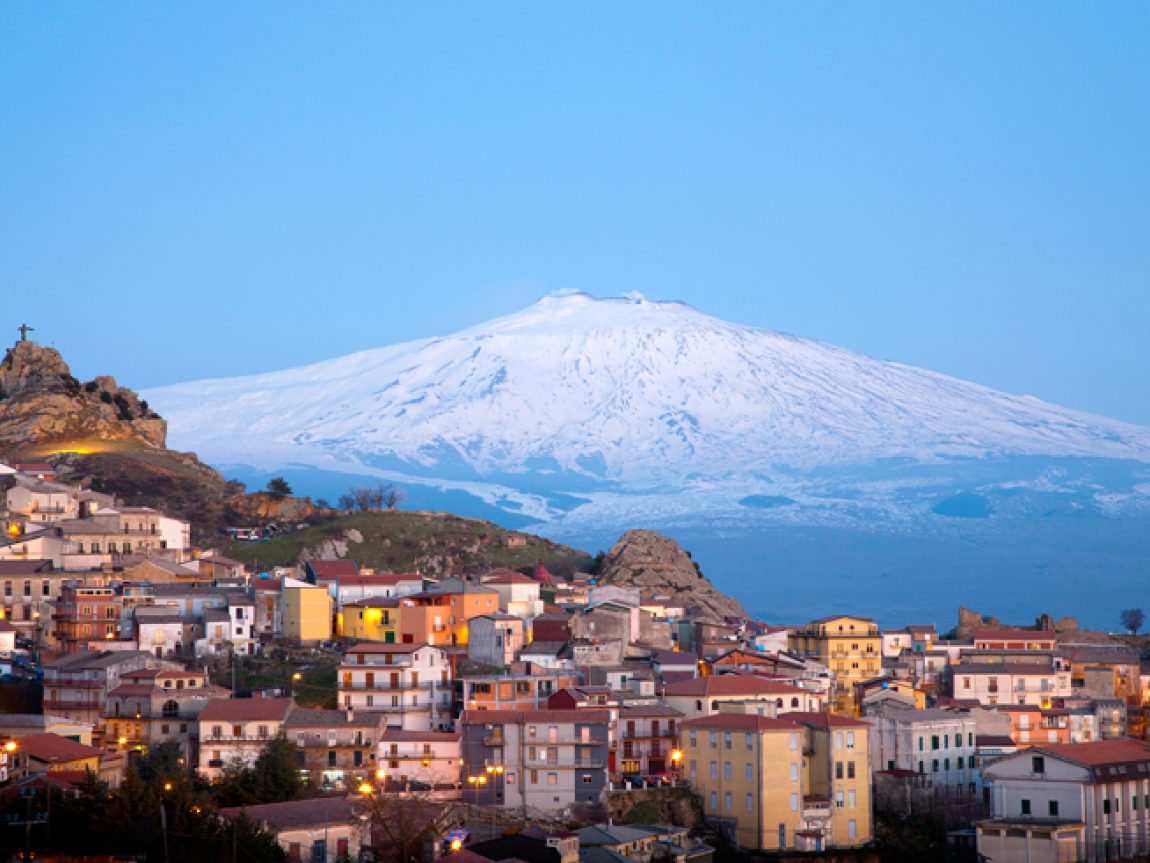 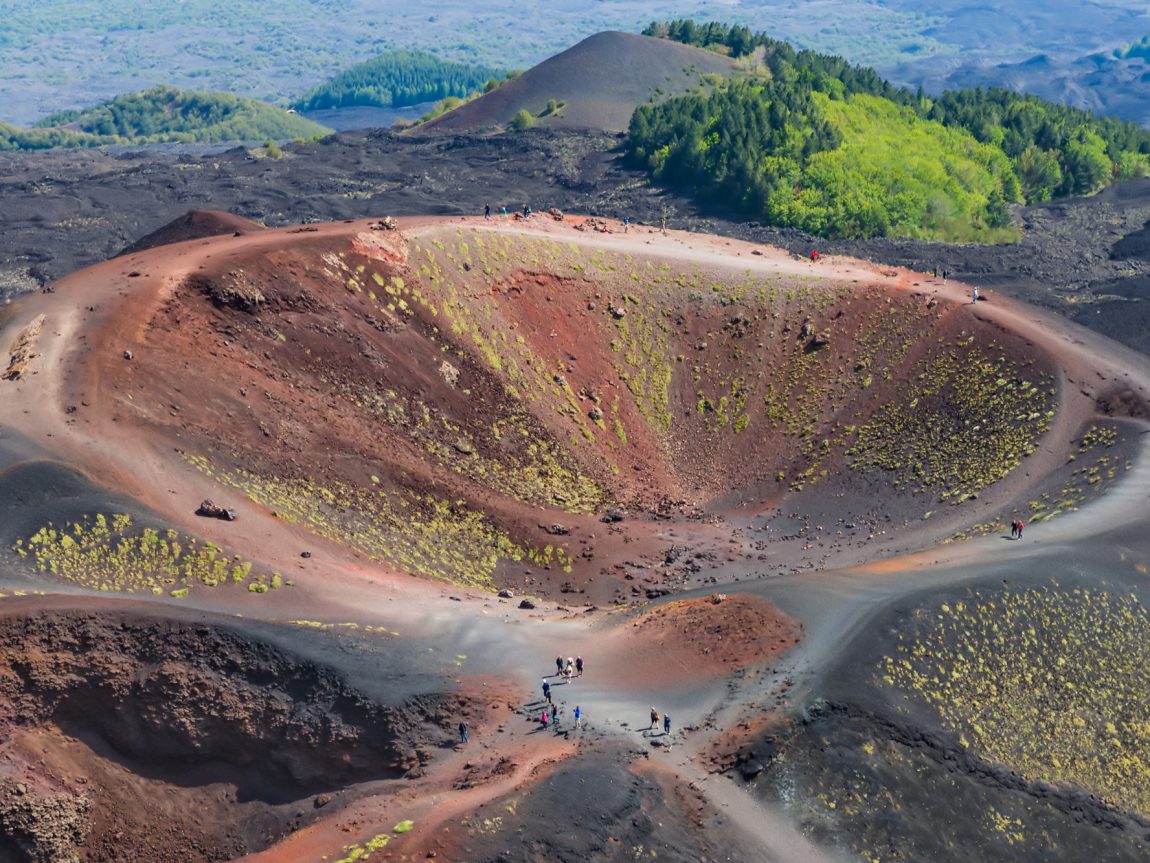 Last time it erupted: Stromboli has erupted frequently over the last 2,000 years. It erupted explosively in August 2019 sending a small pyroclastic flow racing down its northern flank and across the Tyrrhenian sea.

Most deadly eruption: In 1930 Stromboli erupted without warning and more explosively than normal killing 4 people.

Nearest major city: The island of Stromboli has a population of just 500 people.

Number of visitors: Climbing the volcano is only permitted with an official guide, and there is a limit to the number of people allowed to visit the crater each day. 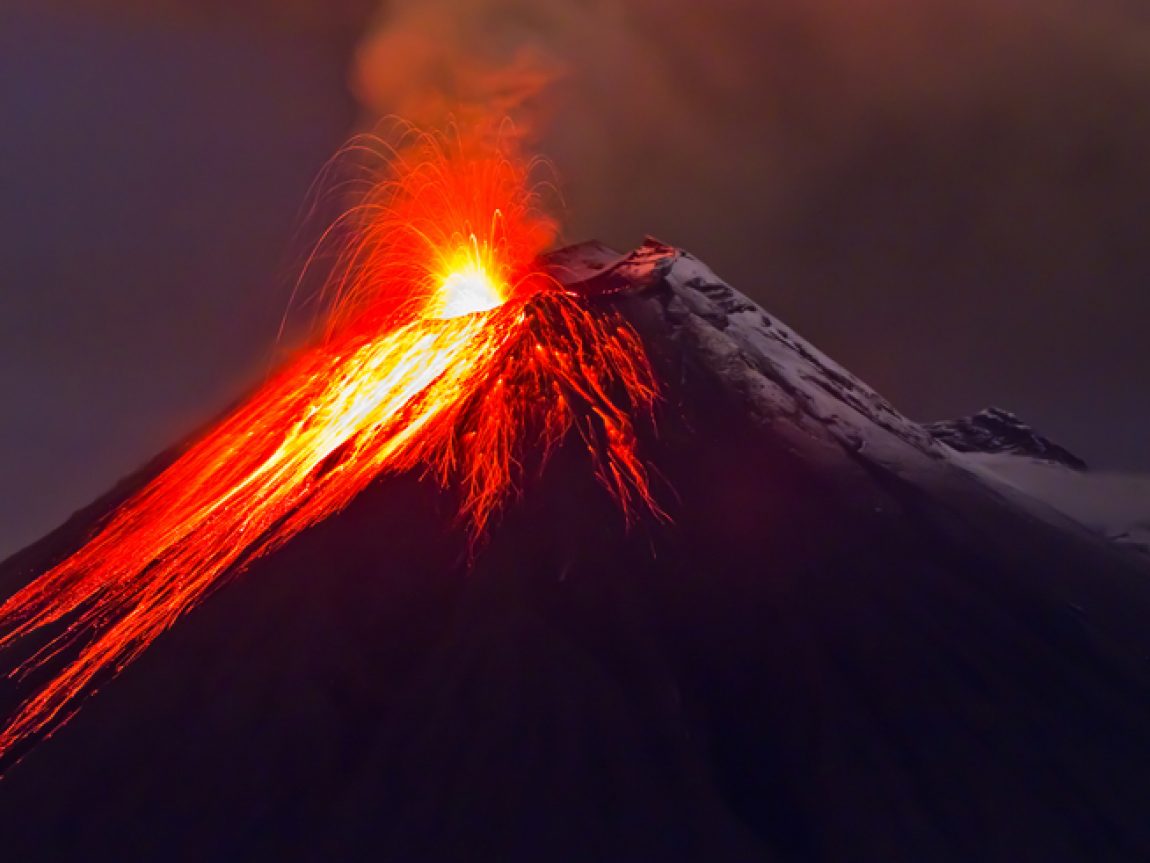 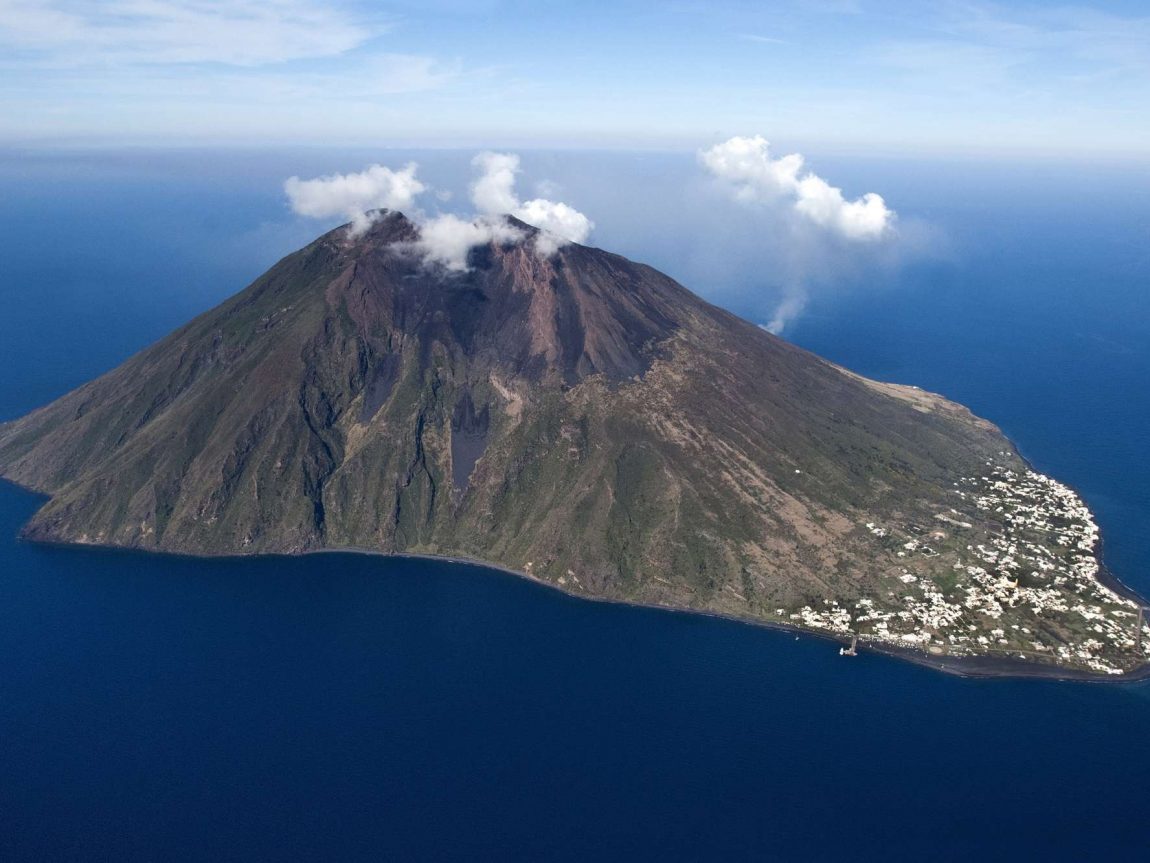 From looking at Italy’s big three, it’s clear that no volcano is the same, each one is unique. However, one thing they all have in common is that they require careful monitoring, to keep an eye on their murmurings and to warn people of possible new awakenings.

To learn more about Italy’s volcanoes, visit our ‘Living in the shadow of volcanoes’ free classroom resources.

Want to visit these volcanoes?

Discover our school trips to Italy and find out how you can explore the one or more of the ‘Big Three’ Volcanoes as part of an action-packed itinerary.