Our science trips have been designed in collaboration with science teachers and educational establishments to ensure they are engaging and relevant to the current science curriculum, whilst experiencing some of our destinations most magnificent natural features.

Courses from the Field Studies Council

You may wish to enhance your science trip by adding a fieldwork course to your itinerary. We offer unique courses run by the Field Studies Council in Iceland so that your students can put their practical skills to the test during their trip. Speak to our team if you are interested in integrating this into your itinerary. 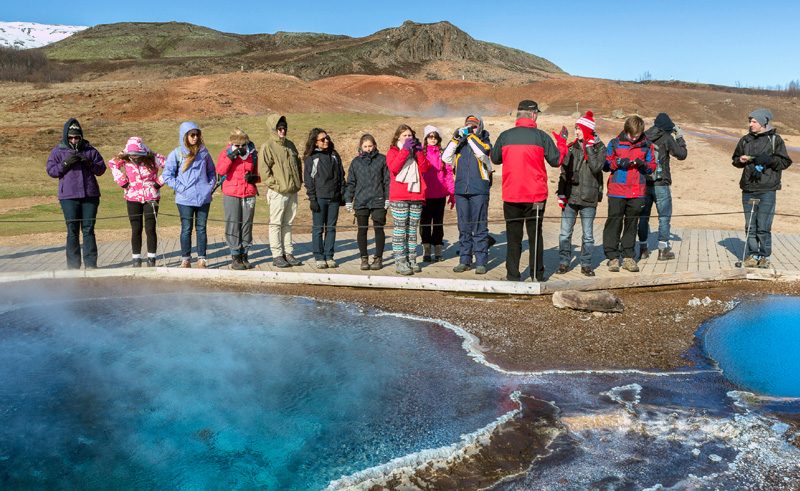 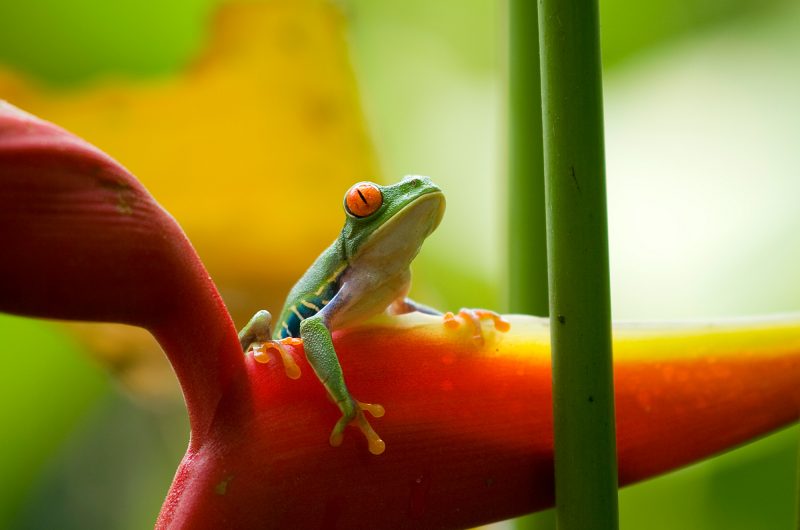 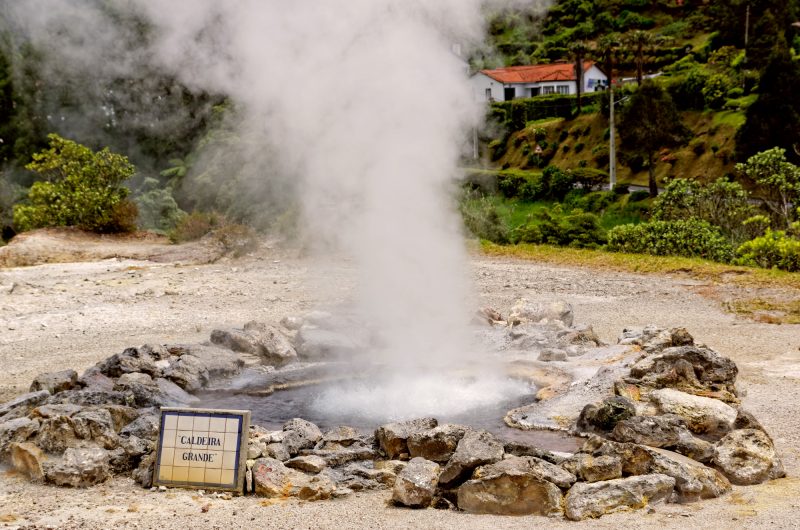 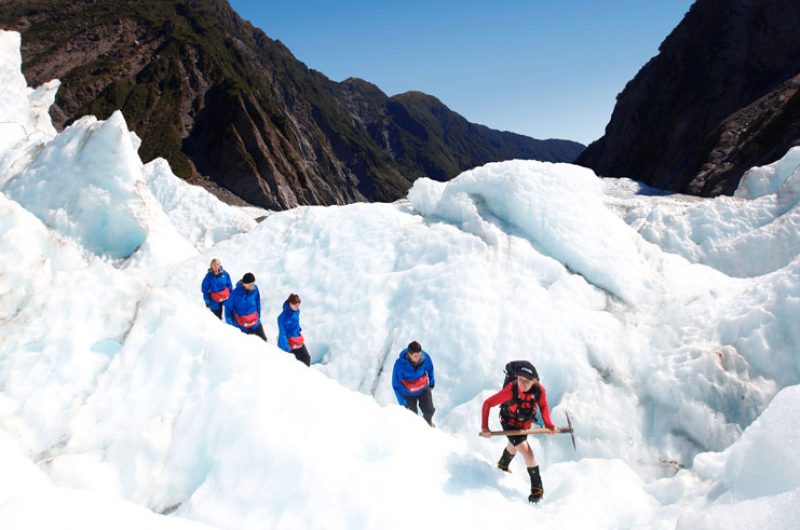 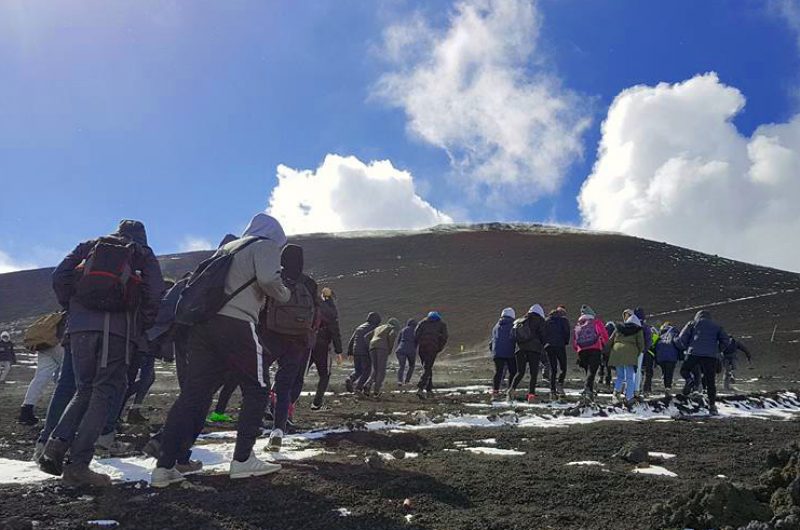 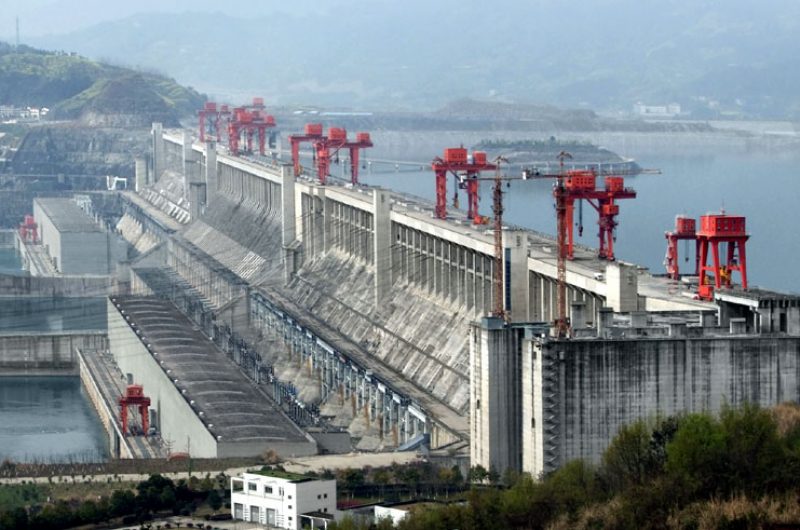 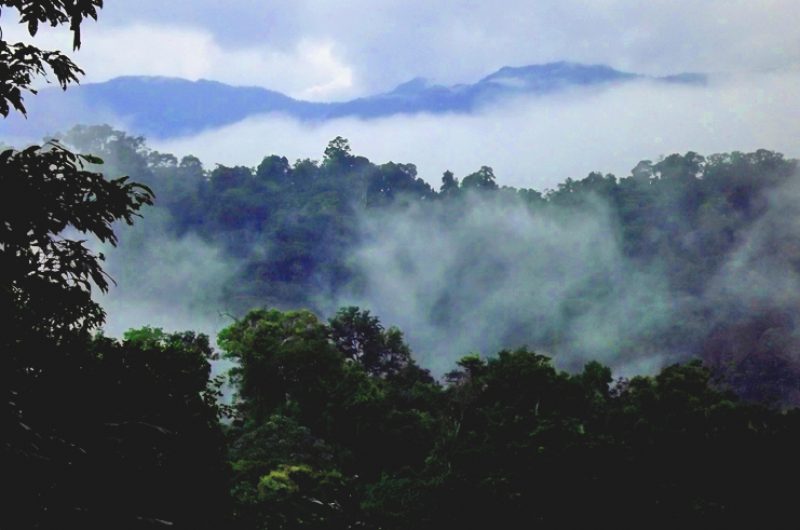 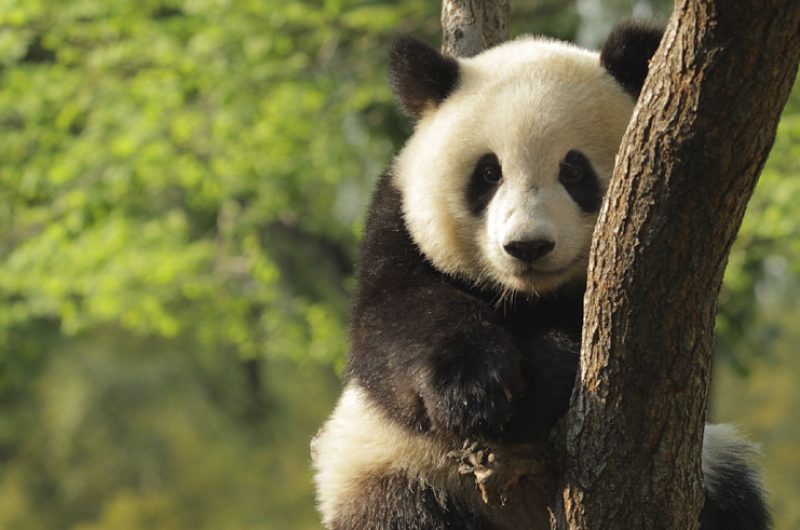 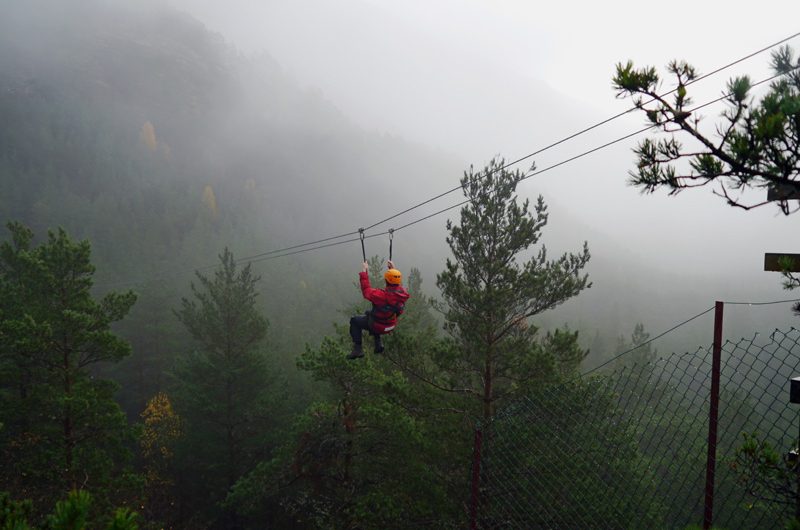 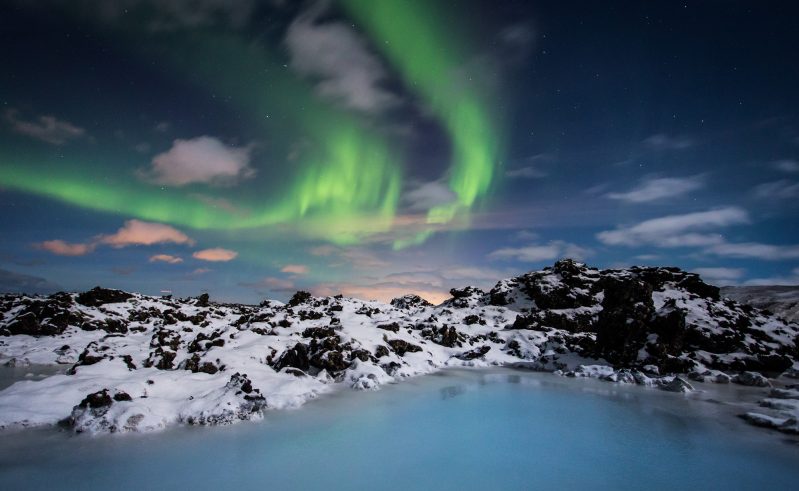 The first stop on your tour is the Blue Lagoon where you can take a dip in the milky blue geothermal waters of Iceland’s most famous attraction. Then head to Iceland’s capital city, Reykjavik, for your evening meal and overnight stay. If you travel in winter, after the sun sets you may be lucky enough to see the Northern Lights during your visit. But no matter the season you are guaranteed to see an HD panoramic view of the aurora at ‘Aurora Reykjavik, Northern Lights Museum’ where you can visit exhibits which explain the science behind the phenomena. 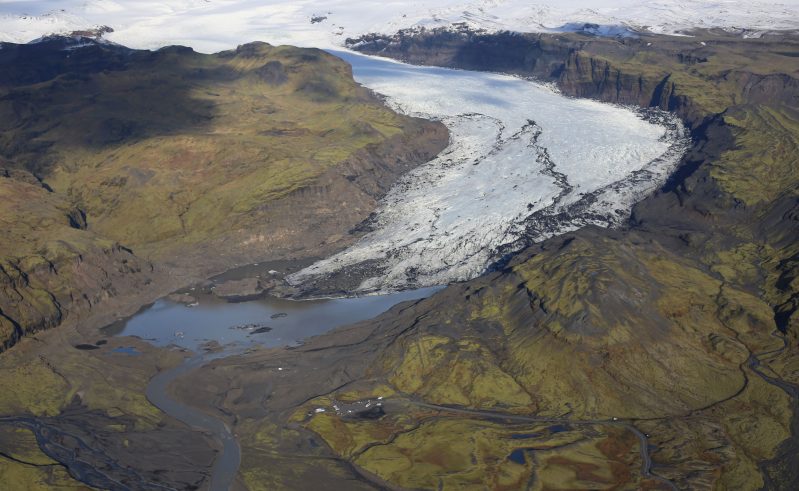 Take an interactive guided tour to Hellisheidi, the second largest geothermal power station in the world to learn about geothermal energy.

Drive east to the flood plains near Seljalandsfoss, a narrow plunge waterfall where the water plummets over a former sea cliff, far enough away from the bedrock to allow you to walk behind it. You’ll also visit the waterfall at Skogar, a broad block waterfall that thunders 60m over a cliff edge.

Travel to the Solheimajokull glacier to learn how climate change has affected its advance and retreat. A glacier hike allows you access on to the ice and the opportunity to collect GPS data which contributes ongoing measurements of the glacier by the Icelandic Glaciological Society. 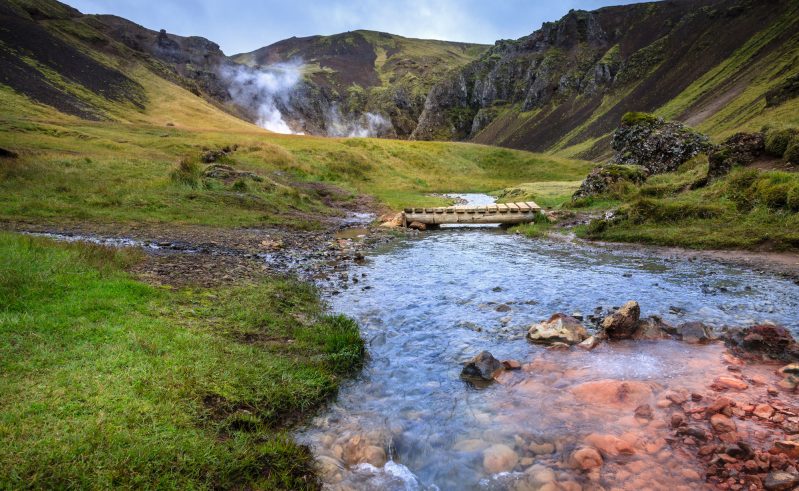 Visit the black sand beach and dunes at Vik, the most southerly point of Iceland. The coastline between the incredible hexagonal basalt columns and impressive cliffs of Reynishverfi and Dyrholaey is a great opportunity to discuss geology, and how Iceland’s tectonic formation can be shown through the rock types on the island.

Heading west back towards Reykjavik you’ll reach the small ‘greenhouse’ town of Hveragerdi, a geothermal hub of activity.  You can even boil an egg in naturally heated water.

This is an ideal place to carry out an FSC fieldwork course at the Horticultural University or Hveragerdi Geothermal Park. Investigate the impacts of geothermal activity on natural selection, adaptation, photosynthesis, and learn sampling techniques. 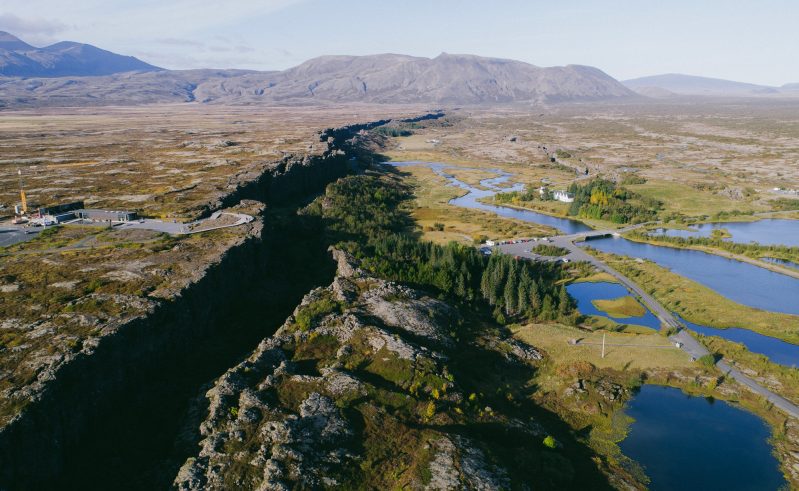 Start the day at Fridheimar geothermal greenhouses. Tomatoes are grown all year here using state of the art technology. Green energy, pure water and biological pest control produce delicious soup which the students will sample as a warming snack.

Then, journey on to Geysir where Iceland’s most reliable geyser Strokkur spouts every 5 minutes or so. Nearby, witness the immense power of the two-tiered waterfall Gullfoss, one of Iceland’s most beautiful, which flows from a glacier into a rift valley.

Visit the hydro-electric power station at Ljosafoss, where the interactive visitors’ centre has information about converting potential energy in water into electricity.

Continue to the rift valley at Thingvellir, where the divergent North American and Eurasian tectonic plates can be found, pulling apart at an average rate of 2.5cm per year – it is also where Iceland’s national assembly, the Althing, was set up in 930AD. 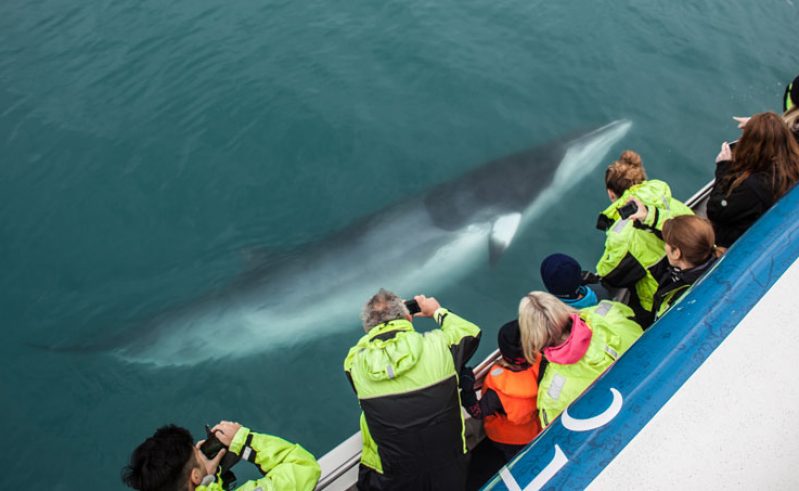 On your last day you may like to spend time in Reykjavik sightseeing or shopping, or you could also conduct a second FSC course.

Explore the rocky shores of the Reykjanes peninsula to focus on ecosystems, evolution, adaptation. Measure how the chemistry of the geothermal stream changes as the water cools, and how this affects the biology you find here.

Depending on the time left before your flight home there are a range of fun and educational optional activities available in and around Reykjavik, including a three-hour whale watching trip from the harbour (weather dependent) or lava-tube caving.

We’re dedicated to providing bespoke educational travel, allowing you to tailor-make your own itinerary to suit your individual requirements. The suggested itinerary above provides you with an idea of what can be achieved on a 5 day school trip to Iceland. However, this can be easily shortened for those with less time or could form the basis of a longer trip.