Your Guide to the Cities of New Zealand

Although New Zealand is known for its spectacular natural landscapes, the cities dotted across the island have much to offer travellers. Cultural, spiritual, and historical influences come together to make vibrant cities and towns perfect for exploring.

What is Auckland famous for?

Auckland, located in the north of New Zealand’s North Island, is a diverse multicultural city that sits on an isthmus and is hemmed in by two important harbours, Waitemata and Manukau, giving it the nickname of the “City of Sails”. Not only does this refer to its rich maritime history, but also its modern status as one of the world’s best cities for sailing.

It is famous for a number of things, not least its prime position from which many of New Zealand’s natural features can be witnessed. Greater Auckland is one of the only places in the world outside of the tropics to have a rainforest, and it is also home to over fifty volcanoes which originated from a magma source deep beneath the city. Volcanic cones such as Rangitoto – an island in the Hauraki Gulf – are the visible legacy of this volcanic origin. 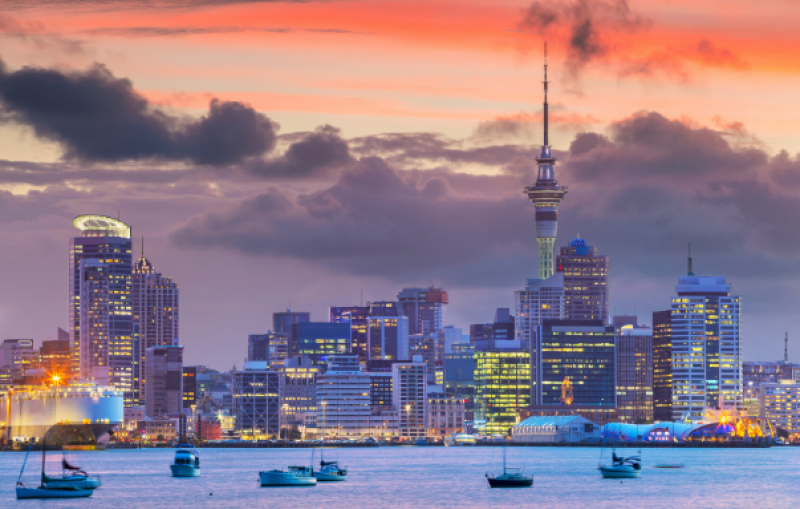 Why should I visit Auckland?

One of the most popular things to do in the city of Auckland is climb Mount Eden. It is the highest point of the city, offering panoramic views across the surrounding landscape. For another breathtaking natural feature outside the city, visit Muriwai Beach on the rugged west coast and see some spectacular wildlife, including colonies of gannets.

You can also climb to new heights at the world-famous Sky Tower standing tall at 1,076 ft. For another lofty experience, you can also climb the Harbour Bridge which reaches 64 ft above sea level at its highest point and spans 1.2 kms.

You could also take a day or overnight trip to some of the gorgeous off-shore islands. See the wineries of Waiheke, hike the trails of Great Barrier, dine on the Viaduct Harbour, or mellow out on the west coast beaches, like striking Piha beach.

What is Queenstown best known for?

Queenstown is a mecca for adrenaline junkies, with ample opportunities for bungy jumping (it is the original commercial home of this activity), skiing, mountain biking and hiking. It is known for its gorgeous location beside Lake Wakatipu, with the Remarkables mountain range providing a truly magnificent backdrop.

Spending time on the lake is one of the best ways to take in the atmosphere of this rugged yet beautiful area, but the town itself also has much to offer in the way of restaurants, boutique stores, and health spas.

Its location near to New Zealand’s Fiordland lures a large number of visitors annually. This spellbinding area of wilderness is a blend of deep fjords, cascading waterfalls, and lush rainforest. There are many tours that start and end their Fiordland experience in Queenstown. 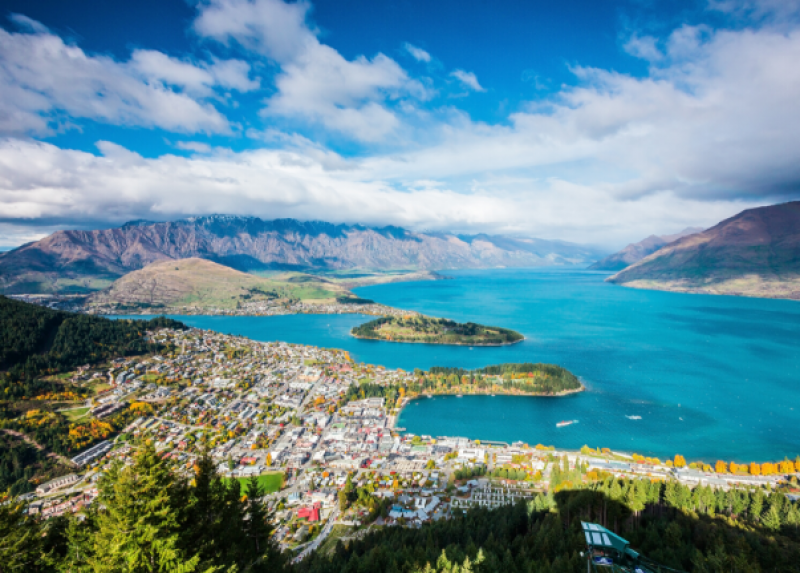 Why should you visit Queenstown?

It is simply a wonderful place that captures a great deal of New Zealand’s unique scenery and incredible natural features in one location. Year-round outdoor activities offer something for the adventurous and a buzzing atmosphere and exciting nightlife give a vibrant city feel with a rural outlook. It’s also a great jumping off point for exploring New Zealand’s wild landscape, including Milford Sound and Doubtful Sound as well as Central Otago, which will be very familiar to Lord of the Rings fans.

Why is it called Queenstown?

The popular belief is that Queenstown was named after a place in Ireland, chosen at a public meeting on 6 January 1863. The most plausible account is that miners, particularly those of Irish origin, had followed with interest the news that Queen Victoria had bestowed the name Queenstown on The Cove, which was a small settlement in County Cork. The Maori name for Queenstown is Tahuna, which means shallow bay.

What is Wanaka famous for?

Wanaka is a popular lakeside resort town both for winter skiing and summer fun. Located in the Otago region of the South Island, it is a historical and cultural hub for the Maori, who would visit during the summer to hunt and fish. It was also a place where Maori searched for greenstone, a gem much like jade that is hugely important in Maori culture. In the 19th century, Wanaka became a gold rush town, allowing it to grow rapidly. Although not as big and bustling as its near neighbour Queenstown, it is still growing due to its proximity to the lakes and mountains that attract visitors all year round.

In terms of urban life, Wanaka has an ever-growing number of restaurants and cafes, as well as a bustling nightlife to explore when the sun sets. There are some fun attractions, like Puzzling World, which is a large maze filled with optical illusions and a leaning clock tower, and the Paradiso Cinema, which is a retro movie theatre with old couches and an in-house Morris Minor.

However, it is the outdoor scenery that surrounds Wanaka that makes it all the more special. Roys Peak, Mount Iron, Mount Grand and the Pisa Range are all gorgeous spots to climb. 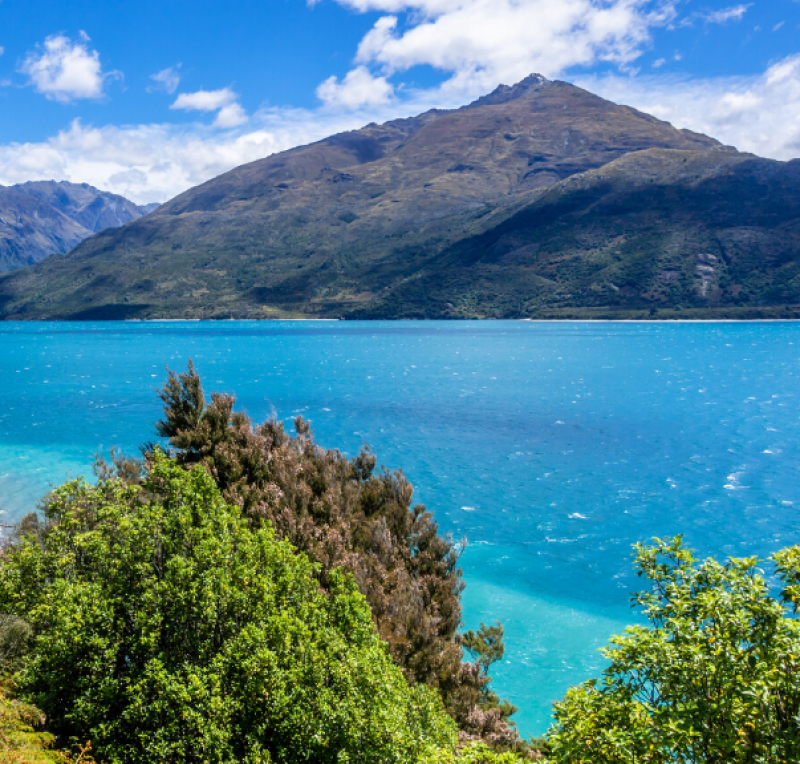 Is Wanaka worth visiting?

In short, yes. It is a town and landscape that typifies New Zealand, showcasing a wide range of activities and sights that can only be found on this incredible island. From Lake Wanaka’s many opportunities for watersports and hiking spectacular trails, to more cultural attractions like museums and art galleries, there’s so much to see and do in Wanaka.

What is Wellington best known for?

Wellington is the culinary capital of New Zealand, so if you’re a foodie then it is a must-see city. It has a range of award-winning restaurants showcasing both local dishes and international cuisine. Wellington is situated on a harbour, meaning many restaurants specialise in seafood, from crispy whitebait to crayfish fritters. A lovely place to explore is Hannah’s Laneway, which is the best place to find craft beers, salted caramel, homemade pizzas, and great coffee.

No city in New Zealand would be complete without some connection to the surrounding landscape and Wellington is no different. It is a great spot for mountain biking, sea kayaking, and there is even a cable car to take you up to Kelburn so you can see incredible views across the city.

If you want to discover more about the culture, visit the Te Papa Tongarewa Museum for some fantastic interactive exhibits that will help you grasp New Zealand’s unique culture and history. 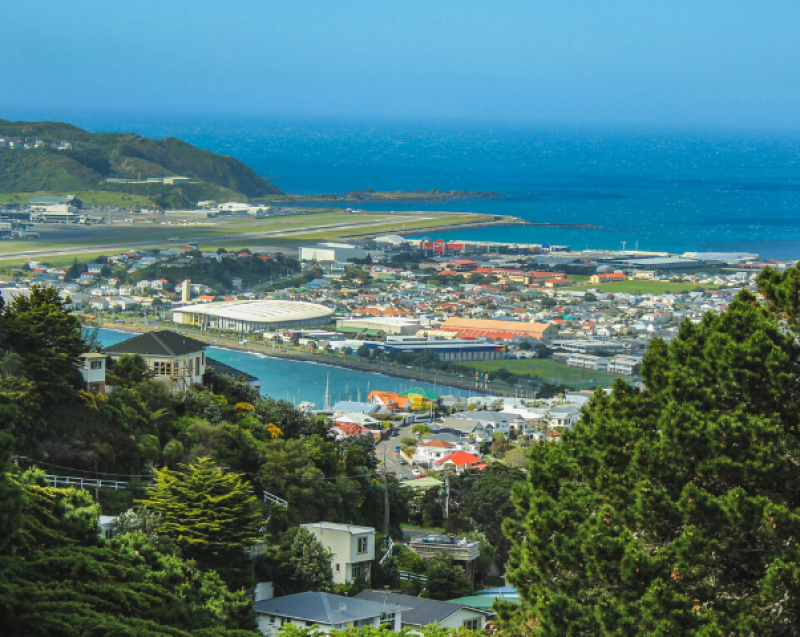 Is Wellington worth visiting?

Wellington is a wonderful city to visit during your time in New Zealand. There are many attractions aside from the ones mentioned above, like Zealandia eco-sanctuary and Weta Workshop and Cave (an absolute must for movie fans).

Outside the city, you can access Wairarapa including the wineries of Martinborouth, and just off-shore is the nature reserve on Kapiti Island.

Where in New Zealand is Wellington?

Wellington is located between Cook Strait and the Remutaka Range, at the south-western tip of the North Island. You can fly directly into Wellington International Airport, which is located in the Rongotai suburb.

What is Rotorua famous for?

Rotorua is a lakeside city in the Bay of Plenty region of the North Island. It is famous for geothermal activity, which attracts hundreds of thousands of visitors each year. Visitors can soak their feet in the warm bubbling mud pools, and witness geysers erupting. Te Puia geothermal centre showcases the culture and geology of Whakarewarewa Geothermal Valley. There is a Maori museum, Pohutu geyser – the largest active geyser in the southern hemisphere – and a kiwi house for encounters with this nocturnal flightless bird.

The city is also well known as a spa town, with geothermal baths and hot springs that Polynesians and Europeans have been using for hundreds of years for their therapeutic benefits. Rotorua is also famous for being a lake region, with seventeen of them that are collectively titled the Lakes of Rotorua. The lakes are a great place for swimming and fishing, among other water-based activities. 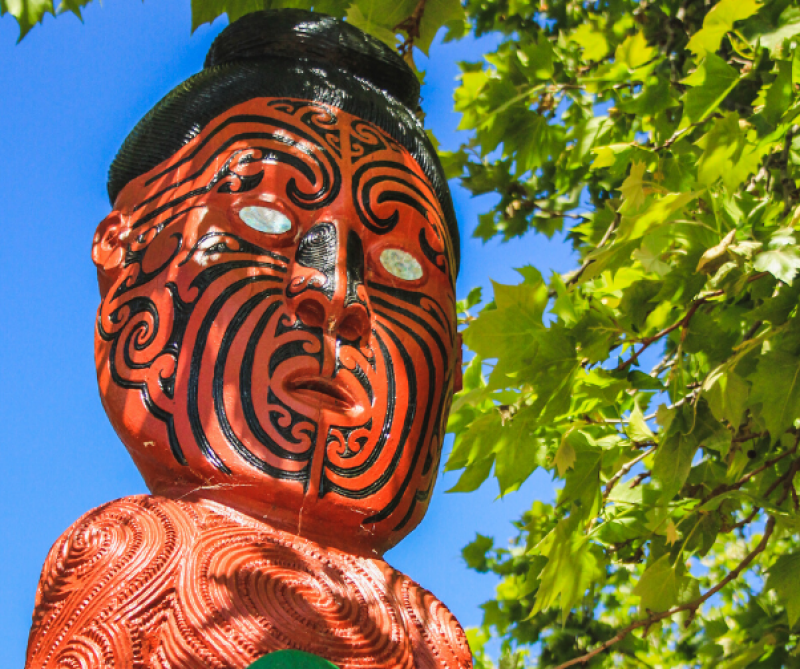 Is Rotorua worth visiting?

If you want to get closer to the Maori culture, Rotorua is a fantastic place. You can see and experience a number of Maori traditions and activities and learn about the indigenous roots of this inspiring country.

It is also one of the prettiest cities in New Zealand, winning the coveted ‘Most Beautiful City’ award, given out by eco-charit Keep New Zealand Beautiful six times in eleven years. The city has quaint cobblestone paths, gorgeous colonial architecture and some amazing green spaces, like the Government Gardens.

The cities and towns of New Zealand are shining examples of a country shaped by diverse cultural influences and spectacular natural features. If you would like to explore them yourself, see our holidays page to learn more. Or speak to our Travel Specialists today to create your perfect trip – call 01737 214 250 today.