Your Guide to Norwegian Culture

Norway is a country that is closely connected to its history and cultural past. The country itself, with its magnificent fjords and ragged peaks, looks like something from an ancient tome and the deep link to a pioneering Viking past is seen in contemporary culture as well.

In this article, we will delve into the Norwegian way of life, from daily habits to magical folklore.

What are the traditions of Norway?

Norway’s history is a rich and varied one, and this is demonstrated in the way the natives live. Nordic countries generally adhere to something called the Law of Jante, which is a code of conduct that promotes the success of a collective society, rather than blowing one’s own trumpet or separating oneself from the norm. Things like healthcare, gender equality, and welfare are all heralded as being particularly important and successful in countries like Norway, and the Law of Jante helps to create a consistent common ground.

Traditions that echo this sentiment include a passion for rural living, a collective love of nature, and an understanding of history and folklore. The various nomadic cultures that have called Norway home over the centuries still have a place in modern society. Music, art, and literature are all influenced by these various cultures, and traditional holidays are a mix of Nordic and Christian. Christmas is the most important of the seasons and in Norway, Christmas is called Jul or Jol, after the Viking and pagan solstice.

There is a strong tradition of outdoor living in Norway as well. With lush green forests, large coastal areas, beautiful fjords, and jagged mountains, the environment is conducive to hiking, kayaking, fishing, cycling, and photography. 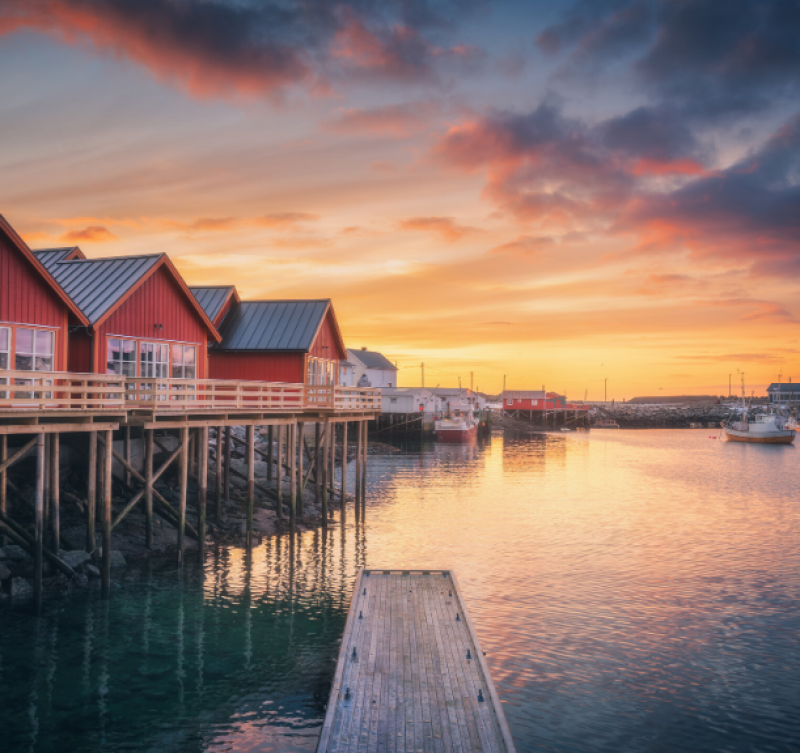 Did Vikings originate in Norway?

Vikings originated in Scandinavia in the countries we now know as Sweden, Norway and Denmark, which is why Norway’s connection remains strong to this day. The word viking actually translates to ‘pirate raid’ depicting their nature as invaders, plundering their way across large parts of the northern hemisphere. Between 700AD to 1100, they moved as far as North America and central Asia, settling and making the most of fertile land to plant and raise crops. Norway’s arable land has changed little, with only 3% of it able to be used for farming, something that the Vikings were aware of even back then.

Are there still Vikings in Norway?

Also known as Norsemen, the Viking warriors of ancient times are no longer. The Viking Age ended in 1066 with the coronation of William the Conqueror, but there are still many places where traditions are demonstrated in order to keep the spirit of this incredible culture alive. In fact, there are thousands of Norwegians who are passionate about rediscovering and sharing their age-old heritage.

The town of Gudvangen is the best place to witness modern-day Viking living. Georg Olaft Reydarson Hansen has spent many years building a scale Viking village called Njardarheimr. It is located in the central part of the stunning Nærøyfjord, where eighteen buildings have been erected using traditional methods and materials, including linseed oil and ox blood. With over forty reenactment groups taking part in shows and demonstrations, it is a wonderful place to get lost in the culture and forget about the modern world for a few hours. 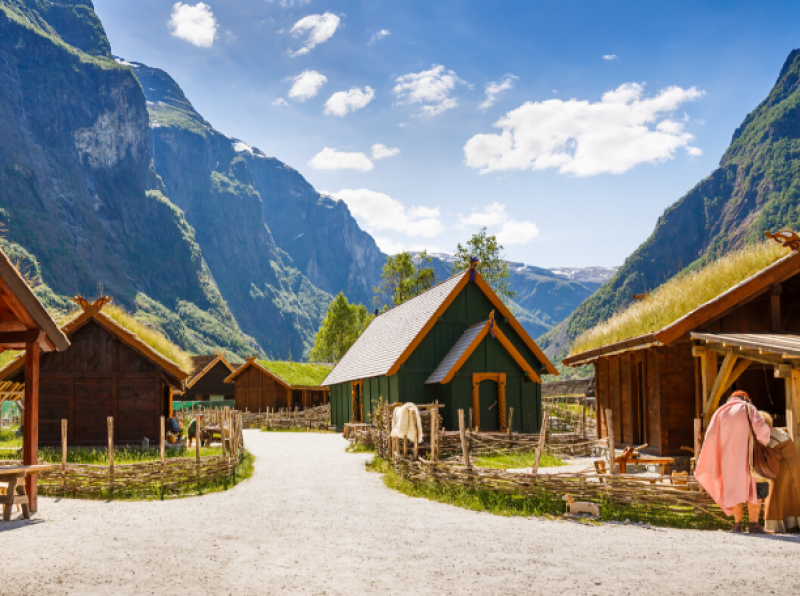 What is Norway best known for?

Norway is probably best known for its breathtaking scenery, from the mountains to the fjords. It is a country blessed with natural beauty, and has the ideal infrastructure needed to explore it safely. Hiking is a big passion in Norway and there are hundreds of trails to enjoy. Similarly, the fjords have become a huge passion for kayakers and cruise-lovers. Some of the mountain paths lead to plateaus from which the view is incredible. With a fairytale landscape stretched out in front of you, it is no wonder that Norway is a place of magic and folklore.

The scenery can be viewed from another well-known Norwegian attraction: the railway. The scenic train journeys are world-famous, and allow travellers to witness the spectacle of fjords, mountains, and glaciers, all from the comfort of beautifully-maintained and cosy trains.

Speaking of cosy, Norway has a word for it that is similar to the Danish term ‘hygge’ which seemed to be the lifestyle of choice a few years ago. ‘Kos’, which translates to cosiness, is a Norwegian state of mind synonymous with warmth, comfort, and togetherness. Waffles and jam, toasty log fires, a cup of coffee with friends – all help bring kos to the heart.

What is traditional Norwegian food?

Norway is famous for its smoked salmon, known as røkelaks, so much so that it has been one of the country’s greatest contributions to international cuisine. With an extremely long coastline and expansive, deep fjords, it is little wonder why fish and other seafood are prevalent in Norwegian cooking. Dried cod (called tørrfisk) and herring (sild) are other examples of traditional seafood dishes.

Another tasty treat in Norway is brunost which is brown cheese. It is sweet, with an almost caramelised flavour and is made from cow or goats milk, often served on top of waffles or crispbread. It is sliced using a traditional ostehøvel slicer which is an integral utensil in Norwegian kitchens. Speaking of crispbread, Norway’s thin and crispy flatbrød is a delicious accompaniment to soups and stews, and the perfect partner for cold meats or the aforementioned brunost.

We can’t speak of Norway’s cuisine without mentioning waffles. Although we know Belgium for its waffles, and Holland for its stroopwafels, Norway’s identity is tied to these warm and tasty treats. Served in cafes and restaurants and found at festivals and sporting events, Norwegian waffles are a staple for foodies. Topped with cream, syrup, ice cream, and fruit, or savoury options like meat, blue cheese, fish and sausage, they are a delectable choice at any time of day. 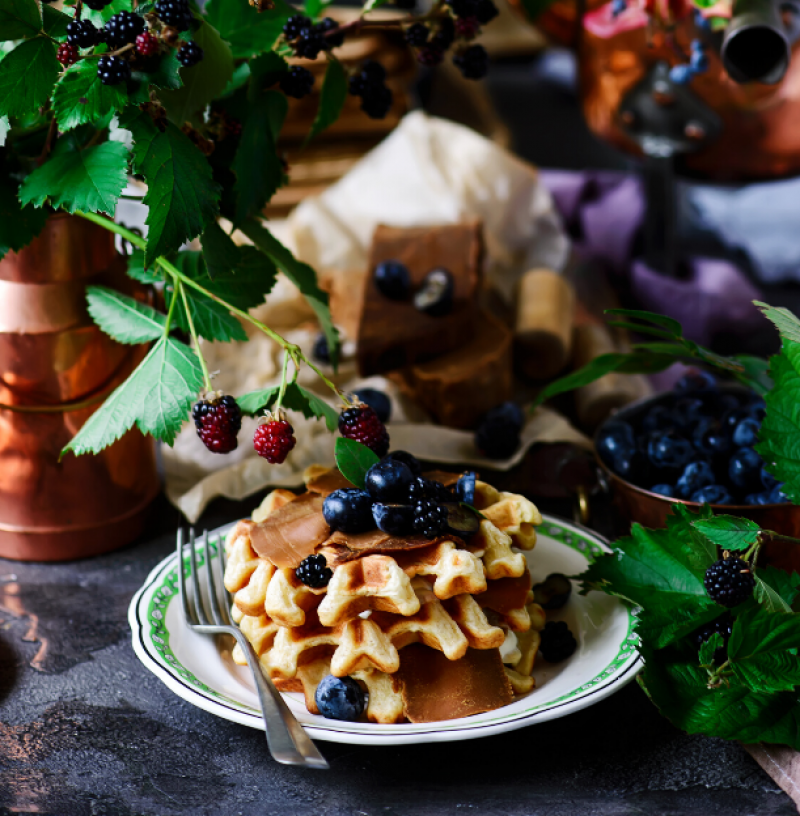 What is the national drink of Norway?

Norway’s traditional national drink is aquavit, also known as akevitt or dram. This distilled spirit is made from either grain or potatoes and has been an important part of Scandinavian drinking culture since its conception during the 15th century. Flavoured with a range of herbs and spices, like cumin, cardamom, and caraway, aquavit literally translates to ‘water of life’ and is a mainstay at festive gatherings, parties, and weddings.

However, with its roots in Viking culture, Norwegian cider is rapidly becoming the drink of choice for the discerning local.

What are some interesting facts about Norway?

Norway is a fantastic country for nature, food, and culture, and there are some truly interesting aspects we’d like to share:

Do you want to experience some kos in Norway? Learn more about our Norway holidays or call our Travel Specialists today on 01737 214 250