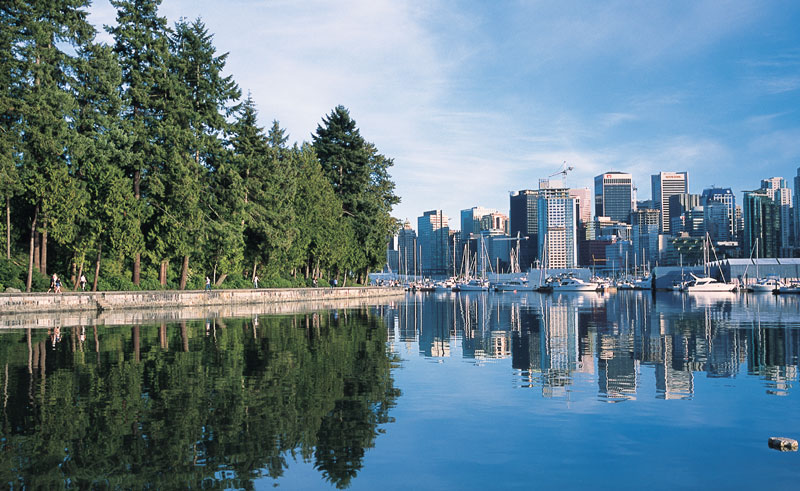 A fantastic way to familiarise yourself with the highlights of Vancouver on your first day in the city, this guided tour takes in Granville Island and their expansive markets, the major thoroughfare of Robson Street and the tranquil Stanley Park, which borders the city’s downtown.

You will also have a chance to wander between West Coast Native Indian Totem Poles and gaze over the city from the glorious lookout of Prospect Point. One of the world’s most ethnically diverse cities, over 50% of Vancouver’s population do not speak English as their first language.

The city has had a strong Asian heritage since the construction of the railroad in the 1800s and this culture continues to thrive in the city’s bustling Chinatown, which you will have the opportunity to wander through. Although the city is one of Canada’s youngest, only founded in 1862, you will also have the opportunity to visit some of the city’s historical points.

This tour includes admission to the Vancouver Lookout Tower, which, as the name implies, offers incredible, panoramic views of the city from a tower-top lookout.