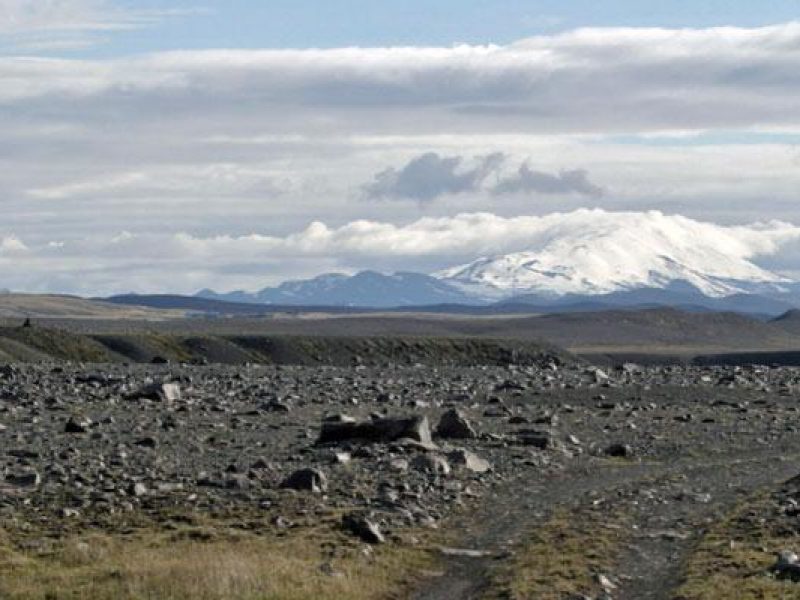 Novelist David Mitchell, author of the Booker Prize shortlisted ‘Cloud Atlas’ and ‘number9dream’ travelled to Iceland with Discover the World in September 2011 on a tailor-made itinerary inspired by the Saga trail… read part 1 of his blog.

Icelandophilia is a rare condition, shared by figures as diverse as Joseph Banks, Joseph Goebbels and WH Auden, who claimed that while “he was not always thinking about Iceland… He was never not thinking about Iceland”. The claim is a curious one (recorded by Simon Armitage on his 1994 visit to the country) but it strikes a true chord with anybody whose imagination has also been captured by the Íslendingasögur, the world-famous Icelandic sagas. This corpus of forty-odd narratives written between the 1200s and 1400s is a summit of medieval letters: UNESCO underlined their importance by awarding to Reykjavik the status of City of Literature. (Dublin, Edinburgh and Iowa City are the other three members of this elite club.)

The sagas’ subject matter is high-protein: lust and love, outlawry, bloodshed, politicking and trickery, Viking voyages of looting and exploration, supernatural encounters, battles and vendettas. Equally striking to a modern reader is their degree of narrative sophistication – the anonymous authors (moonlighting monks is a logical guess) deploy multiple points of view, chapters ending on cliff-hangers, bon mots, flash-backs and foreshadowing, metalapsis, and the cunning manipulation of the reader’s expectations.

The case could even be made that the sagas are the world’s first historical fiction. The Saga Age, whose events they describe, begins with the arrival of Iceland’s first Norse settlers in the 870s and draws to a close after Christianity was adopted as the national religion in 1000 AD – some two, three or four centuries before the Íslendingasögur authors put quill to parchment.

Absent from the sagas, however, are descriptions of landscapes, weather, interiors. The novelistic tendency to record such things lay in the far future, and the sagas’ audiences were drearily familiar with these details, so why waste expensive vellum? Reading my cracked-spined Penguin edition of Njal’s Saga in the twenty-first century, I felt a wide gap between how I ‘shot’ the action in my head, and how an Icelander would imagine the same story.

“The sagas tie us all together, you know? Our ancestors in the past, us, people in the future, not born yet.”

The purpose of my visit to Iceland last August, then, was to try to lessen this gap and better understand the terms of the world from which the sagas arose.

My first guide (and first knowingly-met Icelander) is Jon Baldur Thorbjornsson, a well-weathered and encyclopaediac-minded founding member of the Saga Trails Association. Jon Baldur talks about how the old stories preserved Iceland’s sense of itself down the ages. “Here, we don’t have pyramids, palaces, Eiffel Towers: our national treasures are manuscripts, the texts, they are the sagas. The sagas tie us all together, you know? Our ancestors in the past, us, people in the future, not born yet. Until radio in the 1920s, every farm-house in the country used to own the sagas, and read them aloud for entertainment, during the winters. The sagas helped us endure the starvation periods, the Danish rulers”.

Our first stop is the Víkingaheimar museum whose light-filled atrium houses the Islendingur, a wooden longship that sailed to the site of the Norse settlement in Newfoundland in 2000. The vessel’s beauty and the skill of its shipwrights are self-evident, but its modest dimensions (shorter than a National Express coach and roofless) speak of the indefatigable seamanship of the Saga Age voyagers.

Afterwards, as Jon Baldur drives me across the sunlit moonscape between Keflavik Airport and Reykjavik in his bio-fuel car, he describes how the accounts of the Saga voyagers have reminded generations of his countrymen that “Yes, you may be a hungry, tired farmer on a cold island at the edge of the world, but remember, you are descended from warriors from Norway; your ancestors voyaged to Rome, North America, Constantinople; they were heroes who met with foreign kings.”

More so than even since the krona-slashing crash of 2008, the promotion of tourism is a national priority and saga heritage is high on the menu. Reykjavik’s Saga Museum (the UFO-like building on the hill overlooking the city) involves a walk-thru tour of 3D life-size scenes from the sagas. It’s good, gory fun, and the schoolkids ahead of me are loving every minute. The Culture House Museum on Hverfisgata Street is older-school, with pages of original Saga manuscript on environmentally-controlled display. It’s a kick to be one sheet of glass away from vellum as old as our own Chaucer and Gawain-Poet.

“Why Njal hadn’t tried to leg it, I’d wondered, or gone down fighting? The true reason is architectural.”

My ‘mission’, however – to visualise the sagas more like an Icelander would – only takes shape when I leave Reykjavik behind and arrive at Eiríksstaðir, the birth-place of Erik the Red, Europe’s first recorded visitor to Greenland. A reconstructed Settlement Era farmhouse now stands at Eiriksstadir, and one glance was enough to realise that my notion of a medieval farmhouse (the two-story wattle-and-daub affairs from the likes of Brother Cadfael) was comically different to the turf-built tumuli I now stooped to enter.

This difference matters: Njal, for example, the beardless hero of Njal’s Saga dies when his enemies burn him alive in his own house. Why Njal hadn’t tried to leg it, I’d wondered, or gone down fighting? Might it have been a semi-chivalric death, like a captain going down with his ship? The true reason is architectural. The farmhouse’s single ‘window’ is as wide as a sheep’s stomach can be stretched and is more of a skylight, ten feet above the hearth. Once on fire, the place would have become a slow-burning crematorium, and Njal would have died of asphyxiation before the flames got to him.

Seeing the farmhouse also corrected misconceptions about the slaves who populate sagas – in my ignorance, I had imagined a American South set-up, with separate slave quarters and apartheid-living. The museum curator (dressed in 1000 AD clothing sans iconic Viking horned-helmet which she attributes to “excited historians in the nineteenth century”) shows where the slaves sleep, just a midnight sword-thrust away from their masters’ shin-high raised ‘sleeping stalls’. Cruelty would have been counter-productive: “Well-treated, well-fed slaves made better workers,” the curator says. “Slaves were too difficult to replace to beat until they died.” Leaving the farmhouse, watching the bay to the west, rain-heavy clouds rearing up, tall grass swaying, the short and hard medieval lives of the original inhabitants feel much closer.

My definition of ‘bleak’ underwent an upgrade during a 30 kilometre short-cut on an unasphalted pass between Kvingindisfell and Skjaldbreidur, a conical volcano north of Thingvellir, the site of the Saga Age legislative of chieftains from around the island. To talk of a ‘tree-line’ in a country only 1% forested is meaningless, but there is a ‘grass-line’ and I am soon high above it.

“The highest visible form of life was lichen. Without my North Face gear…how long would I last?”

The road becomes a rocky track and even a 4-wheel drive is reduced to crawling along at 20 miles an hour. (So much for my short-cut.) The landscape of Iceland’s uninhabited uplands invites comparison – the Cuillins on Skye, New Zealand’s South Island, Mordor, Mars – but really I’ve never been anywhere so remote, so visibly and so freshly sculpted by volcanic and tectonic forces.

By one stone cairn (only ever add a stone – if you remove one you might release an evil spirit) I get out of the car and listen. There’s nothing – no distant motorway drone, no airplanes, no birds, no sheep: just the wind in my ears and my pulse, and the bass growl of the mountains themselves. The highest visible form of life was lichen. Without my North Face gear and the rented Hyundai how long would I last?

I think about the outlaw Sagas of Hord, of Gisli and of Grettir which follow the struggle for survival faced by heroes whose cunning enemies or own vices get them banished from society. Saga Age Iceland had no prisons, sheriffs or standing government, so for crimes too serious for monetary compensation, the General Assembly at Althing (arguably the world’s first parliament) handed down sentences of outlawry. An outlaw could be killed with impunity by his enemies, and friends who assisted the outlaw exposed themselves to the same punishment.

On the road between Kvingindisfell and Skjaldbreiður without even a carcass-foraging crow for company, I realize that outlawry in the Icelandic environment was less a Dick Turpin deal as a de facto death sentence which left out the hangman. To wrestle even twelve months’ solitary survival from the Icelandic landscape would require superhuman resilience – the sentence expired after twenty years, but I haven’t read a saga where anyone survives that long. Grettir and his brother reached nineteen before their enemies realized it was kill or shortly be killed, and acted accordingly.

The sagas on the map

The Vatnsdaela Saga is a five-generation narrative about the family who owned the Hof farmhouse in Vatnsdalur, a steep-sided, long valley flattening into a fjord on the Arctic Sea coast. It reminds me of the Pennines, but more so.

Dense mist roofs the valley on the day I visit, hiding everything above a couple of hundred feet, but visible on the GPS are many Vatnsdæla Saga toponyms – the lagoon Húnavatn (Bear Cub Lake) where the chieftain Ingimund found two polar bear cubs marooned by ice-floes; the wooded rise Thordisarholt (Thordis‘ wood) where Ingimund’s daughter was born; Stígandahróf, where a boat-shed was built for the ship Stígandi, a gift from the King of Norway; and way up at the highest throat of the valley, a drizzly hike takes the saga-nerd to Grímunstungusel, a truly haunted place (even by Icelandic standards) where Ingolfur killed five sheep-rustling outlaws. The dying men groaning at the edge of my hearing didn’t physically exist, I know, but neither does fear and that feels real enough.

Encountering names from the Saga Age endows the stories with delicious added reality – it’s like driving past a matter-of-fact road-sign saying ‘Narnia 15km’. You experience an uncanny sensation that the landscape itself is the parchment on which the sagas were inscribed. Eleven centuries after Ingimindur built his heathen temple at Hof a working farm still stands on the site, albeit one supported by farm-stay holidays. I’m happy to attest that foreign guests at Hof Farm enjoy much cushier hospitality than they would have done a millenium ago, and you can marvel your hosts’ seven year-old daughter’s command of English, apparently as fluent as the CBeebies characters she learns it from.

To follow in David’s footsteps we’d recommend our 14-night Around Iceland self drive itinerary. Alternatively contact our Travel Specialists to discuss your options and request a holiday quote.