Did You Know This? Interesting Facts About Canada 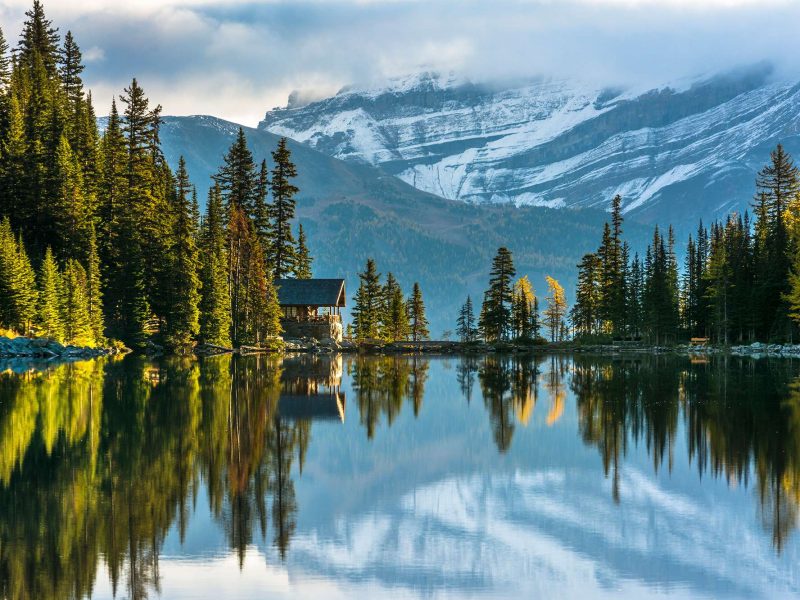 A country that is forty times the size of the United Kingdom, Canada offers an abundance of natural spectacles, a fascinating history and plenty of urban playgrounds bursting with museums, theatres and art galleries.

Canada is truly iconic. From coast to coast there’s so much to love about the country, read on and discover some of our favourite things about Canada.

1. They seem to be more keen on jelly doughnuts than Maple leaves!

There are more doughnut shops in Canada per capita than any other country. We can thank Tim Horton’s for their doughnut obsession; the first shop was opened in 1964 and quickly became a million-dollar-a-year franchise, outselling most fast-food chains.

2. You can drive with a polar bear-shaped number plate

3. The world’s oldest and best preserved buffalo jump with a name so weird, you’d do a double take

When thinking of Alberta, images of the Rockies or Calgary would typically spring to mind…but what about Head Smashed in Buffalo Jump?

A UNESCO World Heritage site and home to the Blackfoot culture museum, this tourist attraction focuses on a buffalo jump located at the foothills of the Rockies.

It was used by the indigenous people (the Blackfoot) who would drive the buffalo off this 11 metre high cliff. The people would dress up as coyotes and wolves in order to scare the buffalo along to the edge of the cliff, where they would fall to their peril.

The camp at the base of the cliffs provided the Blackfoot with what they needed to process the buffalo carcasses; the community made tools from their bones, clothing from their hide and the meat to feed everyone.

According to legend, a young member of the Blackfoot community was eager to watch the buffalo plunging down the cliff from below – but was unfortunately buried underneath a falling buffalo, later found with his head ‘smashed in’.

4. They took inspiration from an Icelandic Volcano

If you are thinking about visiting Hecla, make sure you’ve got the right place. Hecla, Manitoba in central Canada is named after the Icelandic volcano Hekla. It’s a small nuance but you could find yourself somewhere you didn’t expect. Hecla has a wonderful park that is ideal for hiking or cycling in the summer and cross-country skiing in the winter. We’d also recommend visiting the Hecla village, where you can trace the history of Icelandic settlement in the area, with buildings dating back to the 1920s.

When travelling through Quebec, there are plenty of options to do something different. Over the past decade, creative and sometimes wacky accommodation alternatives have been popping up across the province. Head to L’Île du Pot à l’Eau-de-Vie offers a majestic lighthouse where you can spend a night or two. What makes a stay even more special, is the opportunity to observe surrounding penguin colonies.

How about spending a night in the trees at Au Diable Vert? Or a night underwater on the Onondaga Submarine. Or would a night behind bars be more up your street? You can satisfy your curiosity (whilst keeping your record clean) at the HI Ottawa Jail, which served as a prison 150 years ago.

We also can’t forget the exquisite Hôtel de Glace which is made from 30,000 tons of snow and 500 tons of ice. This is North America’s only ice hotel and a stay at this winter wonderland will be a night you will never forget.

6. It’s home to the highest tides in the world

Where in the world can you find 300 million year old fossils and 12 species of whale?

The Bay of Fundy is home to the highest tide in the world, with every tide 100 cubic kilometres of water enters in and out of the bay – this is equal to the daily expulsion of all the world’s fresh water rivers! The unique shape and size of the bay means it acts like a giant funnel, and as the water enters the bay – the only place it can go is up!

This stunning bay is nestled between the Canadian provinces of Nova Scotia and New Brunswick, where you can kayak and walk during low tide.

Beavers have a reputation as hard workers, within their dams they store wood and food and use them to protect themselves from predators such as bears.

In 2007, one Canadian ecologist discovered the world’s largest beaver dam in Northern Alberta – it’s so large that it can be seen from space and is twice the size of the Hoover dam, which borders Arizona and Nevada. This incredible woodland construction is a staggering 2,790 feet. It is quite unusual for beaver dams to be larger than 500 metres.

Construction of the dam is said to have started in the 1970’s with generations of beavers contributing to this mammoth effort. The dam is made from a combination of beavers transporting wood and building the walls, but also of naturally felled trees – all of which are cemented solidly together by mud collected and then plugged by the hard working beavers.

Want to learn more about Canada? Read about more things you can do in Canada here.