Why you should go dog sledding in East Greenland 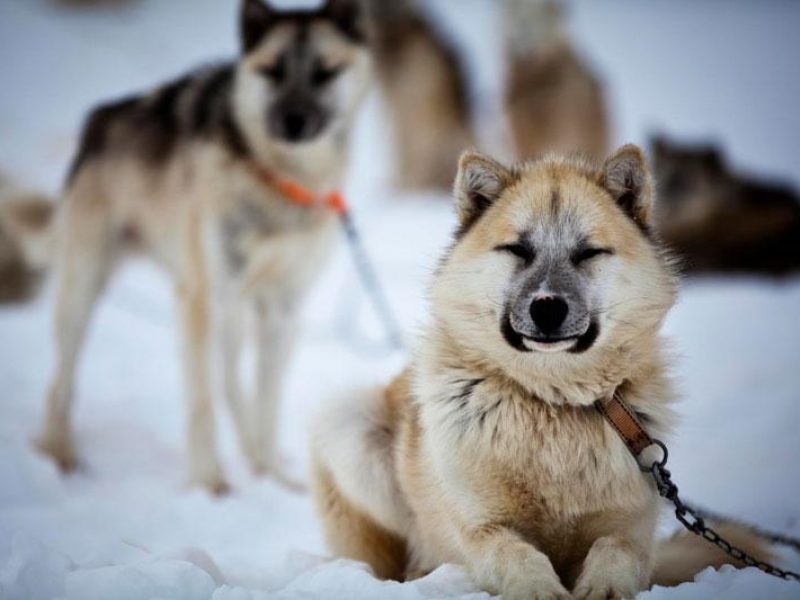 Dog sledding in Greenland is the most traditional way of transportation in the winter. Besides being a great method of transportation, it’s also a lot of fun. We ask our Greenland Travel Specialist, Aggie, to share her exhilarating experience of husky sledding through the unspoiled landscape of Kulusuk, East Greenland.

Would you recommend a dog sledding expedition in Greenland?

Absolutely, it’s an unforgettable and unique way to experience the real Greenland. The moment you glide off across the snow, you are immediately at one with nature. The Dog Sled is an extremely important part of Greenland’s ancient culture and any visit to this part of the world will be enhanced by riding on a dog sled.

Why should I go to East Greenland for husky sledding?

East Greenland is considered one of the most isolated places in the world. It’s situated between the polar sea ice and the Greenland ice cap and it’s so hardly accessible by sea that supply ships only make it here in the summer months. You might need to undergo some creative planning to get to Greenland as it’s not a common commercial destination.  Fortunately, there are frequent flights to Kulusuk from Reykjavik all year round, so I was able to access the region by plane in mid-April, which is a good time to go dog sledding.

When is the best time to go?

Dog sledding in Greenland is generally a winter activity; running from December to April. As soon as the first snow has fallen, dog sled enthusiasts embark on an excursion. They take place in both the eastern region and town above the Arctic Circle.

What is the history behind dog sledding in Greenland?

Greenlanders have been using dog sleds for more than 4,000 to survive the harsh Arctic climate. It was the Inuits only form of transport for thousands of years and is an integral way of life. To this day Inuits use these dogs for hunting and dog sledging is still a vital way of travel in a country with no roads or roads covered in snow in winter.

My sledge had 10 dogs pulling a wooden sleigh with 2 people in it (myself and the Inuit musher). Unlike dog sledges in Northern Canada and Lapland, in Greenland dogs are lined up in pairs in a ‘fan’ formation and attached to the sledge individually to one harness pulling the sledge. Each dog has a different role within the team, with those the closest to the sledge being ‘wheels’ – they provide horse (or rather dog) power to the rest of the team; there are also lead dogs, swing dogs and point dogs with their individual roles in the team.

Even though these dogs are known to be semi-wild, mine were in fact quite friendly and let me play with them and were happy to be petted and cuddled. Be wary however, as they are often bred and kept in packs, therefore it’s always best to approach them with caution. The dogs were anxious to get moving, howling and jumping around, as they just couldn’t wait to run.

My guide gave a sign to embark and I sat down on the sledge covered with a reindeer skin for insulation. A few moments later off we went and soon we were sliding through the vast white wilderness of Kulusuk island. We followed a previously trodden trail towards the mountains, only to find ourselves way off the beaten track a few moments later, with dogs pulling through the freshly fallen snow making a new trail ourselves.

What an experience it was! It will remain in my memory forever. Speeding through the truly amazing arctic landscape of a completely frozen fjord and surrounding snow covered mountains, it was incredibly quiet, except for the sound of the sleigh moving swiftly through the snow and the occasional command yelled to the dogs by the musher. ’How beautiful’ I exclaimed, to which my guide’s simple answer was: ‘Yes, it is’.

Who would enjoy enjoy dog sledding in East Greenland?

Greenland is an incredibly beautiful and ‘raw’ land and everything seems to be truly ruled by nature in this remote and isolated region. Yet, with its frozen landscapes and one the friendliest indigenous peoples I have ever met, it makes a great destination for a romantic escape or a family vacation, and a husky sledding excursion is definitely the best way to explore it. It allows you to experience a big part of the Inuit way of life yourself and is something I’d recommend to anyone who loves wide open spaces, snow and of course a man’s best friend!

Find out more about Greenland as a travel destination or ask us anything by sending an enquiry.