Travel Vicariously Through Film: The Secret Life of Walter Mitty, The Ultimate Introduction to Iceland 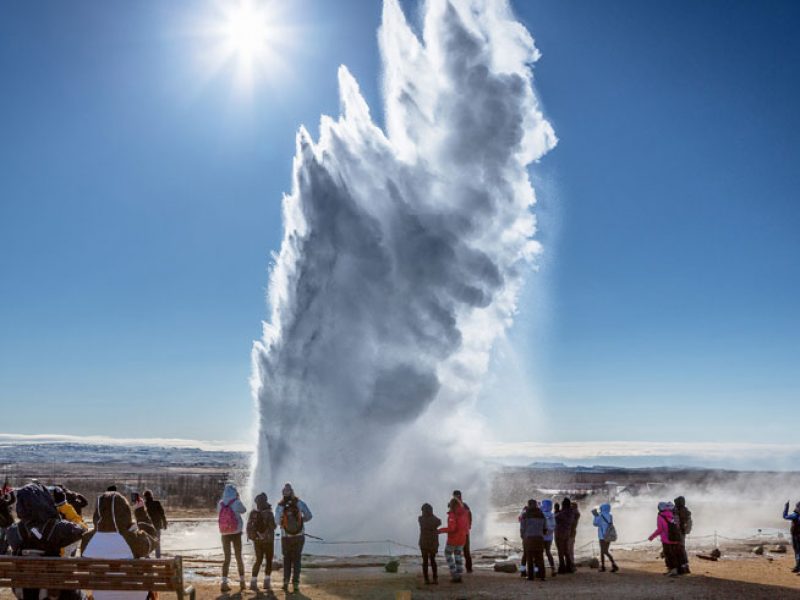 With Covid-19 restrictions firmly in place across the world, and self-isolation a new reality, it’s understandable that we would turn to film as a continued form of escapism. Whilst our travel plans are on hold, we can use our time to make our way through some of the best movies that invoke imagination, provoke senses and evoke emotions that will undoubtedly leave us dreaming of when we will travel again.

Let’s travel vicariously through film with ‘The Secret Life of Walter Mitty’, the ultimate introduction to Iceland.

The Secret Life of Walter Mitty: What’s it about?

A daydreamer finally lives out his travel adventures in a fanciful adventure based on a short story by James Thurbers. Walter (Ben Stiller) works a desk job at Life Magazine, and goes on a globe-trotting treasure hunt in search of a missing negative by legendary photojournalist Sean O’Connell (Sean Penn). Walter’s travels take him to Greenland and the Himalayas, but it is Iceland that shares a lead role in this romantic comedy, which happens to be a first for a Hollywood blockbuster.

Where was ‘Walter Mitty’ Shot?

Seven Icelandic locations were used by the crew, from Seydisfjordur in the Eastfjords (one of the film’s iconic scenes sees Stiller skateboarding towards the village, population 668, on a sun-drenched mountain road) to the Snaefellsnes Peninsula village of Stykkisholmur in the west. Stiller spent a total of five weeks in Iceland, also shooting at Gardur on the Reykjanes Peninsula and Grundarfjordur, where his character jumps on a bicycle in search of his friend Sean.

The Snaefellsnes village of Grundarfjordur is one we’re particularly passionate about as it’s the base on our Orcas and Aurora itinerary, which sees holidaymakers go in search of two of Iceland’s most spectacular natural phenomena. But visitors don’t have to look to the heavens or out to sea to be amazed by Grundarfjordur; the village is also famous for Mount Kirkjufell, recognised as arguably Iceland’s most beautiful mountain thanks to its iconic ‘sugar top’ appearance. And fortunately for walkers and hikers, it’s also straightforward enough to climb.

It’s at Gardur, meanwhile, where Mitty takes a leap of faith into the rather chilly north Atlantic, and while we wouldn’t recommend the Reykjanes Peninsula as a place to take a dip in the ocean, we would suggest exploring its impressive volcanic flows, steaming vents and bubbling mud pools.

Greenland airport also makes an appearance in The Secret Life of Walter Mitty, though everything isn’t exactly what it seems. The scene was actually shot in Hofn, a pretty Icelandic fishing village in the south-east and a popular gateway to attractions including Jokulsarlon, Skaftafell National Park and Vatnajokull, Iceland’s largest glacier. Jokulsarlon, a serene glacial lake famous for its floating icebergs, is already an established filming location having featured in two James Bond movies, Batman Begins and Lara Croft’s Tomb Raider. You can see it for yourself on our seven-night Essential Iceland holiday, which takes in the Land of Fire and Ice’s most revered natural attractions.

We heartily recommend embracing the Mitty spirit and treating yourself to a couple of hours’ escapism enjoying this film. Chances are you’ll be tempted to see the beautiful landscapes of this north Atlantic gem for yourself sooner or later.

Be inspired by the trailer