In Search of Polar Bears in Spitsbergen 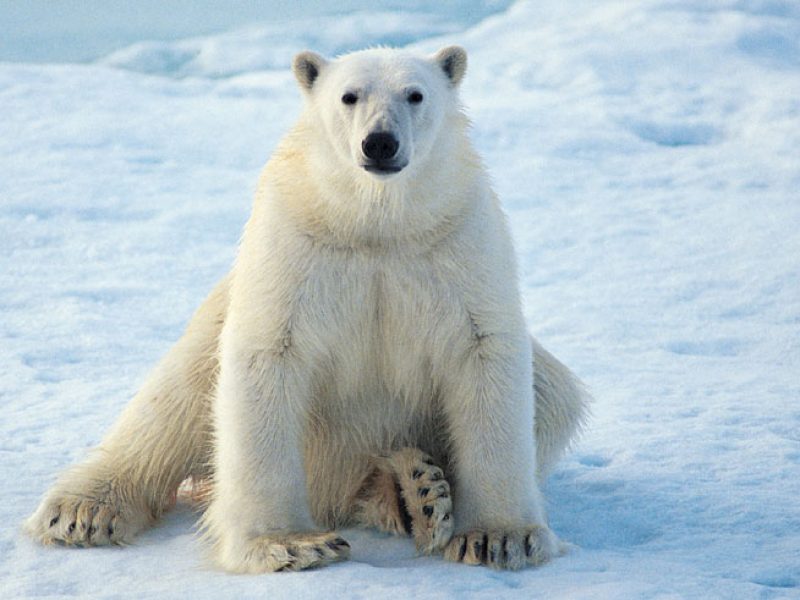 Spitsbergen, part of the Svalbard archipelago is a strange and mysterious land. Its isolated location surrounded by the wild and remote waters of the Arctic Ocean, allow it to lead a secret double life. In winter it hides in the shadows: a shroud of darkness hanging over it for up to 24 hours a day.

Natural light comes only from the moon and the stars, with the occasional help of some awe inspiring aurora. The arrival of summer however, sees the dawn of a new world. One where light is king and the sun never sets. The ice that has encased many miles of coastline, begins to ease its grip and life returns in its droves.

As I walked along the M/V Plancius’ gangway, about to board my home for the next week, I couldn’t help but feel excited. I had heard stories of voyages that had taken place just days and weeks earlier on which up to 60 different polar bears had been sighted. I was departing at the end of August, in the last throws of summer and on the final voyage dedicated to the Svalbard archipelago before the ship made her way across the ocean to the fjords of Greenland.

Unfortunately, as far as the bears were concerned, my luck was out. While we spotted white dots of fur from a great distance, I was not to have the astounding encounters of which I had dreamt and about which I had heard so much. What surprised me the most, was that when I got home, I simply didn’t care.

Spitsbergen has got so much to offer. The sheer quantity of bears that make it their home has a tendency to fixate the mind, so much so that the other attributes get forgotten, discarded to the periphery and dismissed as incidental. It is a difficult thought process to break, but, it is one that is worth fighting. The landscapes alone are enough to take your breath away. Towering, snow sprinkled peaks, pristine yet mighty glaciers and cumbersome bird filled cliffs create a jaw dropping setting that will leave you spellbound.

On one evening, as we charged north towards the pack ice, we were accompanied by a herd of around 20 curious walrus. They paddled playfully around the ship for around 30 minutes, huddling and jostling together like a group of autograph hunters waiting for their idol to emerge from the back stage of a concert. The following day we were able to see them on shore. The enormous piles of ivory clad grey blubber lay grunting and grumbling, snoring and snorting, all blissfully unaware of their admiring onlookers creeping toward a viewing point just along the beach.

As the voyage went on, one of the great advantages of a late season departure began to reveal itself. At these latitudes, at this time of year, the sun’s beams begin to trace a path along the edge of the horizon. With each passing day the burning ball bobs just out of site for an extra 20 minutes, creating an extended orange glow across the observable earth and bringing joy to the faces of keen photographers as they click away, capturing the myriad of new colours strewn across the landscape.

By the end of the voyage we had been lucky enough to spot some of the Arctic’s most iconic wildlife. In the sky sang the birds – including puffins, kittiwakes, ivory gulls, fulmers, skuas and eider ducks. On the land we had seen the Arctic fox, dancing across the snow in search of an easy meal. And in the seas below, splashed the white beaked dolphins, bearded seals and majestic blue whales – thought to be the largest animal that has ever lived. We had also learned much from our knowledgeable crew and even enjoyed a barbeque out on deck whilst admiring the incredible icy surrounds. I may not have had my white bear encounter, but my magical Spitsbergen experience will leave me with life long memories nevertheless.

Follow in Gary’s footsteps and go in search of bears, birdlife and marine life in Spitsbergen, and discover breathtaking fjords and glaciers aboard the M/V Plancius on our Around Spitsbergen holiday.