Your Guide to Iceland’s Golden Circle

Whenever you hear about the magical locations of Iceland, the Golden Circle is probably one of the phrases you will come across. The Golden Circle is made up of three unique locations: Thingvellir National Park, the Geysir Geothermal Area, and the Gullfoss waterfall.

Travelling the Golden Circle is often a must-do for visitors to Iceland as it encompasses some of the country’s most interesting natural features – waterfalls, geysers, and geology. In this guide, we will look to answer some of the questions asked about the Golden Circle and how it can be a wonderful entry point for your continued discovery of Iceland.

Where is the Golden Circle?

The Golden Circle is located in south west Iceland and spans around 300kms. It extends round from Reykjavik to the uplands and back again, and is well-known for being home to many of Iceland’s most famous tourist locations.

Named after Gullfoss waterfall (gullfoss literally translates to ‘golden falls’), the Golden Circle has three primary stops, but there are numerous other places of interest to explore, including the Kerid Crater and Fludir’s secret lagoon.

What are the stops on the Golden Circle?

The three main stops are Thingvellir National Park, the geothermal area in Haukadalur (where you can find the geysers Geysir and Strokkur), and Gullfoss waterfall.

Thingvellir National Park is of huge historical importance to Iceland, having been the hub of parliament from the 10th to 18th centuries. Now, it is a place that perfectly exemplifies Iceland’s incredible natural beauty. Its geological traits include canyons, fissures and lakes. Most significantly the Mid-Atlantic Ridge runs through marking the point where the North American and Eurasion tectonic plates meet. Walking, hiking, and – thanks to the advancements in drysuit technology – even snorkelling and diving are all popular activities in the park.

Sitting in Haukadalur Valley is the Geysir Geothermal Area. The two geysers that make this area famous are the Great Geysir (which is where the word geyser derives from the Old Norse ‘to gush’) and Strokkur. The Great Geysir very rarely erupts, but Stokkur more than makes up for it erupts every 10 minutes or so, shooting an enormous water cannon up to 40m into the air. A testament to Iceland’s close relationship with volcanic activity, the geysers are rare and awe-inspiring reminders of the immensity of nature.

Gullfoss waterfall is the final stop on the Golden Circle, and it is a sight to behold. Iceland is well-known for its waterfalls and when you see Gullfoss, it’s not hard to see why so many people visit every year. Gullfoss is iconic. The Hvita river stretches from the Langjökull glacier and cascades more than 140 cubic metres of water down a 32m drop in two tiers. 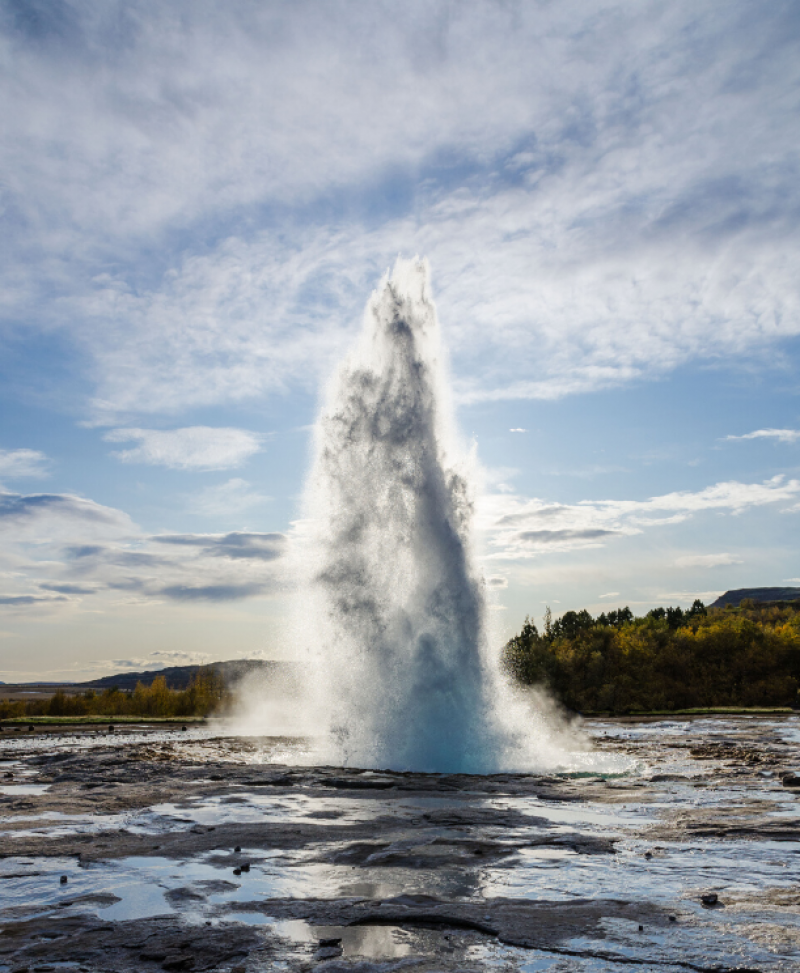 Can you self drive the Golden Circle?

Yes you can, and it’s a great way to take it all in. When you travel with Discover the World, you get a choice of rental vehicles thanks to our close relationship with Europcar. You can also get exclusive access to the iDiscover app, which is a digital travel guide designed to help you make the most of your trip. It’s one of the best ways to explore as you can go at your own pace.

How long does it take to drive the Golden Circle?

The Golden Circle is Iceland’s iconic day trip. Plan for a full day to cover the distances between sites and allowing time to enjoy each. However, in order to take in all the highlights of a south west, we would recommend 4 or 5 days. Our Golden Circle Self Drive Holiday is a 5-day trip, starting in Reykjavik. You’ll take in all the sights of the Golden Circle, as well as exploring the south coast and the capital city’s vibrant culture.

Can you do the Golden Circle in one day?

Even though there’s so much to see, you can do the Golden Circle tour in a single day. The whole journey is around 150 miles – but it depends on which route you take. Although it can be done in around three hours it’s best to take your time at each location, enjoying all the area has to offer.

Stop and take pictures, sit and enjoy the scenery, or take a few detours along the way. You can easily spend between 6-8 hours exploring the three main stops, so make sure you allocate enough time. If you are visiting Iceland for just a couple of days, the Golden Circle is a great way to cram in some of Iceland’s most popular areas in one go, or venture further east along the south coast.

Discover the World’s Golden Circle Self Drive holiday is a great way to explore the south west at your own pace. Explore Reykjavik, visit a host of natural wonders, and enjoy accommodation and a daily breakfast, as well as unlimited mileage.

Visit the Golden Circle Self Drive page to find out more, or give us a call on 01737 214 250 to talk to our experts. There are Superjeep day excursions as well; this includes transport to three main sites plus Kerid Crater and Hveragerdi hot springs village, knowledgeable driver/guide. 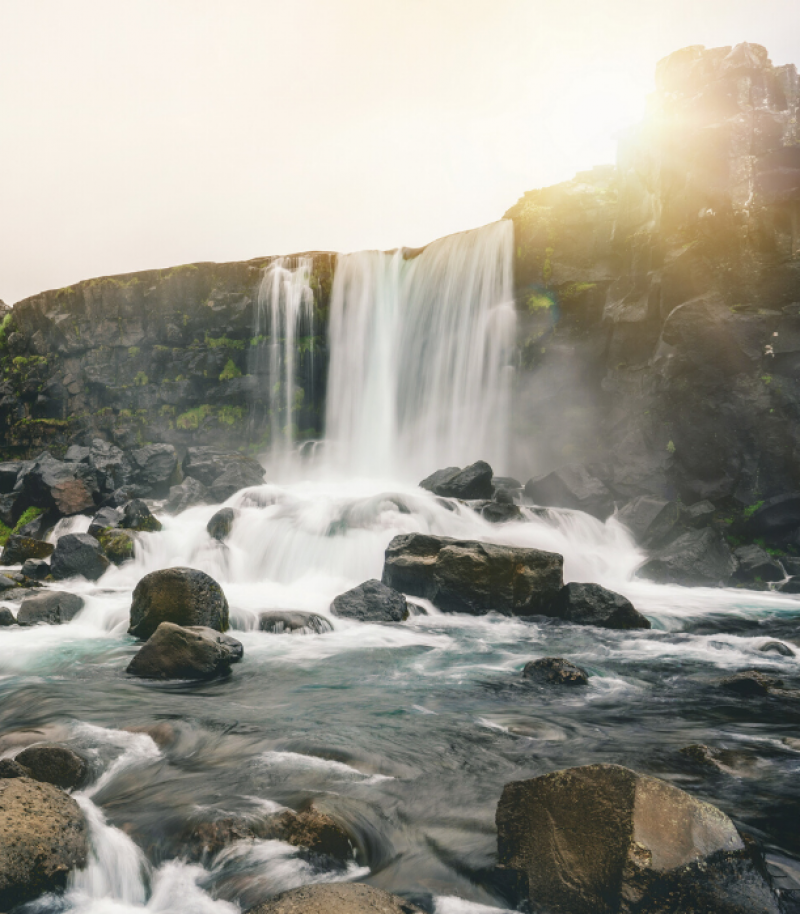 Is Blue Lagoon on the Golden Circle?

No, the Blue Lagoon is not part of the Golden Circle tour, but it is a short drive from Keflavik Airport so it is easy to include a visit at the start or end of your holiday. The Blue Lagoon is a very popular destination for visitors to Iceland and is located on the Reykjanes Peninsula in the south west.

Where should I stay on the Golden Circle Iceland?

There are a number of great hotels that are located not too far from the Golden Circle. Hotel Litli Geysir, which sits opposite the hot spring area that the hotel took its name from, is a 22-room hotel with a great atmosphere, a beautiful restaurant that offers candlelit dinners and local seafood, with Strokkur geyser visible from the dining room.

Another option is Icelandair Hotel Fludir which is located about an hour away from Reykjavik. Stylish and airy, this charming hotel is surrounded by gorgeous scenery including rolling hills, effervescent streams, and is just a stone’s throw from the Golden Circle. The restaurant serves only the freshest local fruit and vegetables and is an elegant spot from which to view Iceland’s famous backdrop.

You can also stay in a number of other countryside hotels in the south west providing easy access to the sites of the Golden Circle. 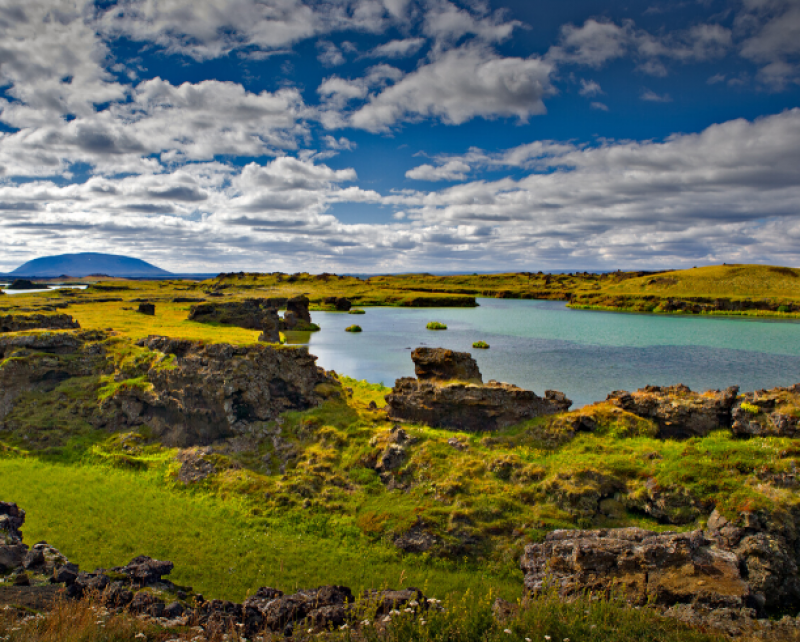 Can you do the Golden Circle tour yourself?

Do you want to visit Iceland this summer? Find out more on our Iceland Holidays page, or speak to our team of experts on 01737 214 250.