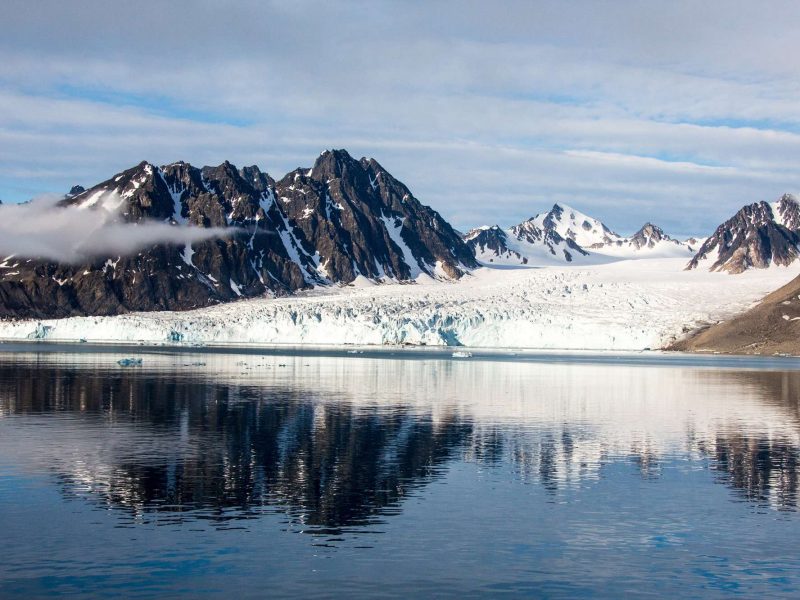 What is it like to embark on a small ship voyage to Svalbard?

Our Travel Specialists are a lucky bunch. Not only do they get to talk about travel all day, they also get to experience the trips themselves. Two of our Specialists, Charlotte and Doug, explored the Arctic this summer aboard our small ship cruise Around Spitsbergen. Here, they share their highlights.

Spitsbergen is one of the world’s northernmost inhabited islands, situated in the heart of the Arctic between Norway and the North Pole.

If it’s an unparalleled Arctic experience you’re after, Spitsbergen will deliver – both on land and in its waters. Wildlife spotting opportunities include the polar bear, walrus, arctic fox and even the blue whale, while the vast white, snowy expanse and glaciers and sea cliffs will be incomparable to anything you’ve seen before.

Head there in the summer and you’ll witness the phenomenon of the midnight sun. The sun never sets in the Arctic during the summer months. Svalbard, the archipelago that Spitsbergen is part of, is the sunniest of them all, seeing midnight sun between 20th April and 22nd August.

Doug experienced it for himself, telling us, “the light didn’t set at all during the voyage and provided the most spectacular skies each evening.”

‘Out of the world’ gets bandied around a lot – but a trip to the Arctic truly is.

What about the environmental impact?

Climate change is at the front of everyone’s minds and the effects on the Arctic are nothing short of alarming. There’s no denying that exploring the Arctic comes with a carbon footprint, and striking the balance between protecting its environment and allowing people to explore it can be hard to achieve.

The M/V Hondius, the ship used on the trip that Charlotte and Doug went on, uses only bio-degradable paints, LED lighting, steam heat, and flexible power management systems to keep fuel consumption and CO2 emission at the absolute minimum.

We’re firm believers that to fully appreciate and want to protect our world, we need to witness it for ourselves. Charlotte sums it up nicely: “I’ve returned to the UK feeling incredibly privileged to have witnessed such incredible sights in the Arctic and have a heightened sense of awareness as to what role I can play in protecting the environment, no matter how small.

Without trips like these, very few people would be able to experience these animals and this unique environment. The more attention and accessibility, the more people will become emotionally invested in ensuring the survival of these creatures and their very beautiful, very important surroundings.”

“We were halfway through our 10-day polar voyage, a trip that had already taken us to a number of glaciers and provided numerous wildlife sightings, including three different whale species, seals, arctic fox and polar bears. Just when we thought the day couldn’t get any better, an announcement was made over the loudspeaker: another polar bear mother and cub were up ahead of us. Mother Nature was really spoiling us!”

“After dinner, just as everyone had settled down for a briefing and catch up for plans for the following day, the loudspeaker sounded. ‘Good evening everybody’ the tour leader said rather enthusiastically. Because he was interrupting a talk, everyone knew something special was happening. ‘At the 1 o’clock position there is a blue whale!’

I launched myself out of my seat, up two flights of stairs and out to the bow of the ship to get a sighting of the world’s largest animal. For the next 45 minutes we spent our time watching as the whale came up for air and then dived down.

Soon enough, there was another announcement: ‘Whale breaching at the 9 o’clock position.’ We couldn’t believe it! A humpback wanting to get in on the action, jumping fully out of the water and slapping its fins in and out. Incredible.”

See the Arctic for yourself

Feeling inspired?  Take a look at all of our Arctic small ship cruises. If you want to speak to someone like Charlotte or Doug who has explored the Arctic for themselves, drop us a line or give us a call on 01737 214 250.