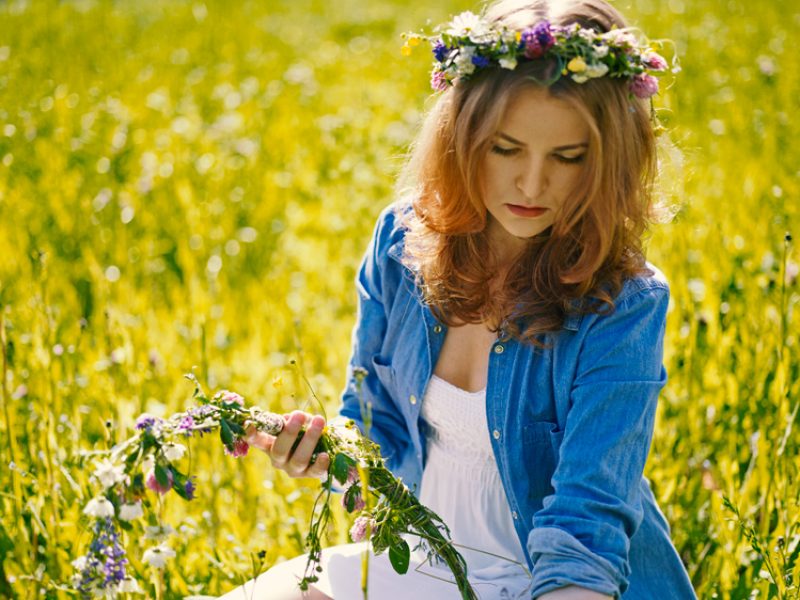 The much-anticipated summer solstice happens around the 21st of June every year. For those across Scandinavia, midsummer is marked with huge celebrations – to mark the occasion, we’ve put together a fun guide to celebrating like a true local. From 3-day parties in Sweden and Finland to low-key jubilees in Norway and quirky superstitions in Iceland, read on to find out how to celebrate the summer solstice in style…

The Swede’s take Midsummer (or Midsommar) very seriously. The weekend celebrations start on a Friday, where locals head to the countryside equipped with copious amount of food and drink to last the whole weekend. Women and girls head to the fields to pick fresh wildflowers for their hand-made flower garlands, whilst the men scrub the potatoes in preparation for the traditional lunch of boiled eggs, herring and new potatoes, accompanied by ‘Nubbe’ (a traditional Swedish vodka) and age-old drinking songs.

After lunch, it’s time for the main attraction: maypole dancing to songs such as Små grodorna (small frogs), followed by a large slice of strawberry cake (Gräddtårta med Jordgubbar) and garden games such as hammer throwing, egg-and-spoon races and the mighty tug-of-war.

You’ll be hungry following your afternoon of activities, so an early evening barbecue will be well received. Evening activities could be as low-key as a sauna, swim and early night or, most commonly, spent dancing the night away with a popular ‘dans-band’ and maybe even some ABBA!

Iceland is the home of the saga. So, the night of Jónsmessa (24th June) is a magical way to combine fascinating folklore with ancient religious beliefs. On this night, it is said that seals become human and cows can speak! And, if you suffer from any ailments, roll naked in the morning dew of Jónsmessa and you will be cured.

Much like the Swedes, the Finns spend the whole weekend celebrating Juhannus with a countryside escape. First stop? A traditional Finnish sauna of course! Local communities light a bonfire (kokko) for everyone to gather around, and when it’s well and truly lit – you’ll need to start a ruckus! This is because, as traditions dictate, the louder you are: the luckier you will be that year. And, the more you drink: the better your harvest. Cheers!

In Norway, midsummer, or Sankthansaften, falls on the 23rd June each year. Much like the Finns, communities light bonfires to mark the occasion and the evening is spent surrounded by friends and neighbours. For Norwegians, this is a night of many superstitions: at home, barns are decorated with birch branches, rowanberries and cherry branches to prevent trolls from taking over the cows; if you’re single and want to know who you are going to marry: simply place Jonsok flowers on your pillow and you’ll dream of your future lover!

Celebrate Midsummer in Sweden, Iceland, Finland or Norway on a self-drive, independent or escorted holiday.

from £941
excluding flights
5, 7 nights May-Sep
Navigate your own houseboat along the beautiful lakes of Central Finland.
Discover more

Above the Arctic Circle

from £1,425
excluding flights
14 nights Jun-Sep
This self drive journey crosses borders in the northern reaches of Finland, Norway and Sweden
Discover more

from £1,107
excluding flights
8-9 nights May-Sep
Drive yourself around peaks, fjords and pretty villages on this leisurely holiday
Discover more