How To Stargaze At Home 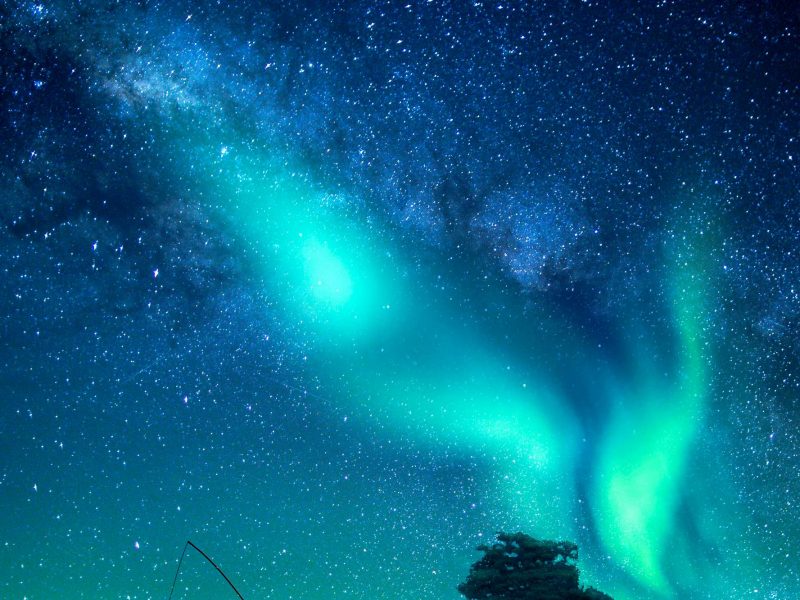 Many of our favourite destinations are renowned for their mesmerising stargazing – from the remote fells of Swedish Lapland to the Southern Alps of New Zealand. But there is also plenty of celestial magic to lift our heads – and our spirits – here in the UK.

Do I need any special equipment for stargazing?

No, that’s the beauty of it. All you need is a clear night, a warm jacket and perhaps something to lie on – a rug or reclining chair – so you don’t have to crane your neck too much. Stargazing with the naked eye can be incredibly rewarding. If you have a pair of binoculars or a birdwatching scope, great, but you certainly don’t need a fancy astronomical telescope. A stargazing app on your phone is useful. Download a free app, such as Star Walk 2, Stellarium or SkyView, and you can hold your phone up towards the heavens and identify planets, stars and constellations.

Where should I go for stargazing?

The darker and more open the better. Try to find a spot away from tall buildings or trees where you can see a large swathe of the night sky – ideally somewhere elevated with a clear view of the east and west horizons. You also want to aim to get away from artificial lights. If you plan to stargaze in your garden, turn off any outdoor lights. A bright, full moon can also wash out the night sky, so try to go stargazing on a moonless night – unless, of course, you want to look at the moon!

How do I start stargazing?

First, take some time to let your eyes adjust to the darkness. It usually takes around 30 minutes for you to achieve what astronomers call ‘dark adaptation’. If you need some light, tape some red plastic film over a torch. As your night vision improves, more and more stars will become visible

What should I look for first?

The brightest objects will naturally draw your eye – and the biggest, brightest, most obvious object in the night sky is the moon. Even with the naked eye, you’ll notice dark and light patches on the lunar surface – the lighter grey areas are highlands created by material ejected by meteor impacts, while the darker grey mottling (the maria, or lunar ‘seas’) are large plains of volcanic basalt. Focus your binoculars on the moon and you will see how it’s pockmarked with craters – evidence of its ongoing battering by asteroids. One crater in particular – Tycho – is clearly visible at about seven o’clock on the face of the moon. Formed around 108 million years ago, it’s 85km across and 4,800m deep from floor to rim.

After the moon, what’s the next brightest object to look for?

After the sun and the moon, the third brightest celestial object visible from earth, is the International Space Station (ISS). Orbiting at about 400km above the planet, it travels at a speed of 27,600km per hour and circles the globe every 90 minutes. You’ll recognise it as a bright pinprick of light speeding across the cosmos. Each week, NASA Mission Control in Houston determines potential sightings of the ISS which you can check at https://spotthestation.nasa.gov/sightings/. If you see a smaller, dimmer dot of light moving steadily in a straight line across the night sky, it will be one of earth’s 2,000 or so other satellites – around half of which belong to the USA.

Will I see a shooting star?

If you’re lucky, yes! Shooting stars, or meteors, are small grains of space dust burning up in the earth’s atmosphere. Usually a shooting star has a brief life and you’ll just glimpse a thin streak of light. Larger, brighter meteors can create longer-lasting fireballs streaking across the heavens. At various times of the year, meteor showers occur when earth’s orbit takes the planet through debris left by a passing comet. Upcoming meteor showers visible from the UK this year include the Delta Aquariids (29-30 July), the Perseids (12-13 August) and the Draconids (8-9 October).

What planets can I see while stargazing?

The brightest planet visible in the night sky is often Venus, but other planets that you can also see with the naked eye are Mercury, Mars, Saturn and Jupiter. Generally, you can tell if you’re looking at a planet rather than a bright star because it won’t be twinkling. Light reaching us from distant stars arrives in a relatively feint, narrow beam which is easily distorted by earth’s atmosphere (causing the twinkling), whereas light reflected from the sun by the far-nearer planets in our solar systems is stronger and less effected. The planets visible in the night sky change throughout the year. During May, Venus is a bright spot in the west, clearly visible a few hours after sunset, while Mars, Jupiter and Saturn are early morning planets, low in the sky. In June, Mercury becomes a strong evening planet, with Venus, Mars, Jupiter and Saturn appearing in the morning sky. Use the stargazing app on your phone to trace the trajectory of the planets. There is also a useful guide at https://www.skyatnightmagazine.com. With binoculars, you can see some of the features of the planets. Venus, for example, has phases like the moon, sometimes appearing as a crescent. Saturn may look oval due its rings, while some of Jupiter’s moons can be visible.

When are the best dates for stargazing?

Conjunctions, when two or more celestial objects appear close together in the night sky, are some of the most eye-catching events for stargazers. On 21 and 22 May, Mercury and Venus will come together on the northwest horizon about 45 minutes after sunset, joined a couple of days later by a thin crescent moon. Then, at the beginning and end of August, Jupiter, Saturn and the moon will be visible together just above the southeast horizon at around 10.30pm.

What stars and constellations can I see in the night sky?

As the earth orbits the sun, our view of the universe changes, shifting the position of stars. However, some stars are visible year-round. Look north to find Polaris, the North Star. Start by locating the Plough (or Big Dipper) – the familiar saucepan-shaped constellation – and extend a line between the two stars at the front of the pot until they meet another star – Polaris. During summer, Earth is facing towards the centre of the Milky Way. Look southeast on a dark night and you’ll be treated to the magical sight of our galaxy ‘rising’ above the horizon, its glowing, elongated core peppered with stars, nebulae and cosmic dust.

Once you’ve got the stargazing bug at home, you will want to gaze up at the night sky on holiday too. Check out our selection of holidays featuring unforgettable stargazing experiences in Iceland and Sweden.

Want further inspiration for something to do in your own backyard? Read our guide to birdwatching at home.