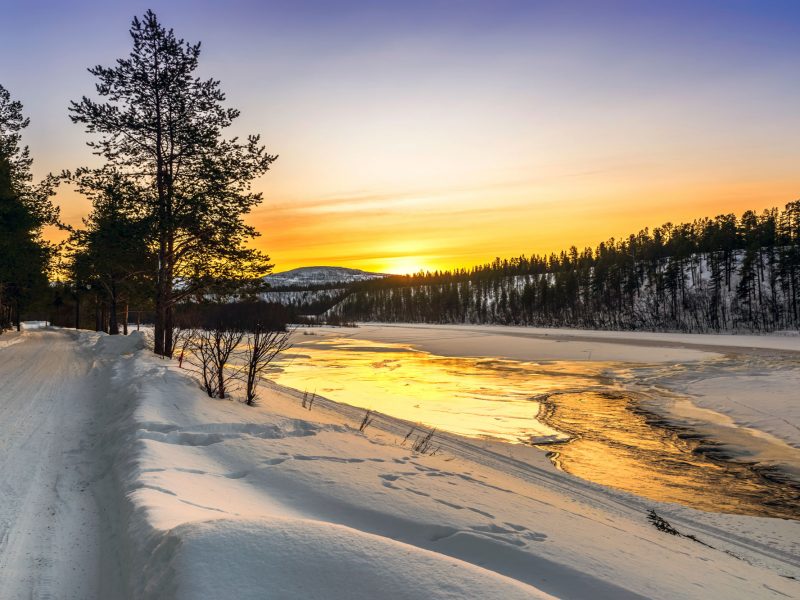 When you visit north Norway, you must take a trip to the Alta Museum to visit the famous rock art. The carvings and paintings are thought to be several thousand years old – made somewhere between 7000 to 2000 years ago by hunters and fishermen. The first rock art in Alta was discovered 60 years ago by a local farmer. It was a small stone known as Pippisteinen (the ‘Pippi-stone’) which has lead to over 6000 carvings being registered in the Alta area, the largest in Europe.

Now on the UNESCO heritage list, in the summer you can walk round this open air site and see the carvings. It feels like you are reading a storybook of the local people’s lives in prehistoric times. It really brings the history to life; in a way it’s quite eerie but in a good way!

The carvings indicate that Alta was an important meeting point for people in the Arctic for centuries. Experts believe that where the pictures are found can tell us almost as much about the development of the society as the images show us what their natural surroundings were like. The carvings depict wildlife such as reindeer, elk, bears, foxes and whales as well as people and journeys. It is believed that most of the figures are believed to be part of the myths and beliefs of people at the time.

I went in March which meant there was still snow on the ground and therefore the carvings were covered. You can still visit in the winter though as the museum is fascinating to walk round as it tells you all about the different phases of the carvings and also has some great information on the Northern lights and the history of Northern Norway.

One of the highlights for me was stepping outside to the view of the fjords with the sunshine teasing you in between the clouds. I was blown away but what I saw and I can imagine in the summer it’s even better. I was only there an hour and a half but it has left a lasting impression on me, even though I didn’t get to see the carvings myself. I can’t wait to go back in the summer when the show has cleared.

Amy travelled on our Alta Winter Adventure in March 2014

from £1,032
excluding flights
3 nights Jan-Mar, Dec
Explore Norway's northernmost county Finnmark in winter with time in the Arctic City of Alta, husky sledding, sleeping on ice and in search of the aurora.
Discover more