What to do if you don’t see the northern lights 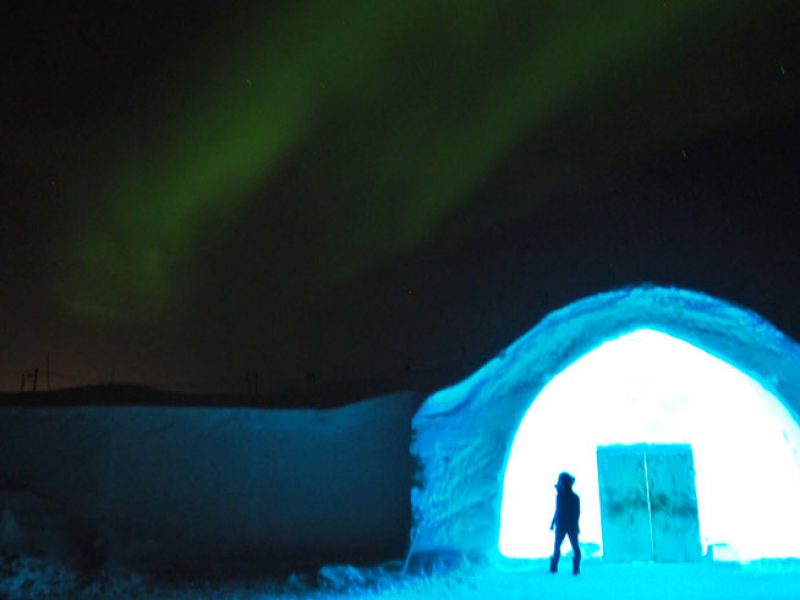 Renée is Senior Digital Marketing Manager at Discover the World and travelled to Swedish Lapland in December 2013.

Last week I was fortunate enough to make my fourth visit high above the Arctic Circle in the winter. Like many others I have longed to see the much sought after aurora borealis. On previous visits however, the magical aurora frustratingly eluded me.

So those who are heading north in search of the lights this winter may be disheartened to hear that, again, I did not see them. Disappointing, especially given that we’re in a double peak solar max. This means that aurora sighting are a given, right? Add into that the fact that I’ve been lucky enough to visit areas in Iceland and Swedish Lapland that are cited, even scientifically proven, to be prime locations for seeing the aurora in all its glory.

“If you don’t get to see the lights, then it’s no big deal – you’ve had the trip of a lifetime without them.”

You’re probably beginning to question why you’ve paid your deposit on a ‘once in a lifetime’ northern lights holiday, so I should elaborate further. The northern lights did make an appearance during my visit to the Icehotel this time. In fact they did attempt an appearance behind some cloud last time I visited. But this time the aurora actually graced the skies over Jukkasjarvi not just once, but twice during my stay.

The reason for me not seeing them was not this time due to a little cloud cover, but that on both occasions I was, well, otherwise engaged. The first time I was tucked in bed fast asleep in the Icehotel’s cosy Scandinavian style chalets. Exhausted after a fun packed day visiting a reindeer corral, followed by going in search of moose on horseback through the snow blanketed forest. Shattered from all the fresh air and excitement I collapsed into bed at 9.30pm convinced that if the aurora were to appear, I’d be woken up by the shrieks of delight from fellow guests as they rushed down to the frozen river for a better view. It turns out that my fellow Icehotel visitors managed to keep their squeals to themselves.

The second time they appeared was about 8pm the following night. After enjoying a delicious meal in the award winning Icehotel restaurant (highly recommended!), my companions and I wandered outside for a spot of aurora hunting. You can only imagine how excited we were when Bea, who is Swedish and lives in Jukkasjarvi, translated a conversation she heard in the restaurant lobby. Some visitors had just got their first sighting of the aurora, just outside in the village and just minutes ago. The sighting was confirmed by another guest too so we eagerly put on our outerwear to rush outside, down to the river away from the lights, eagerly anticipating this lifelong dream. But alas we were too late.

For 10 minutes we were, for want of a better word, gutted. But we quickly found solace when we remembered where we were. Whilst friends and family were back home either curled up on the sofa watching TV, or out for drinks in a local pub, we were running around the indescribably beautiful surrounds of the Icehotel, 200km above the Arctic Circle, like excited school children. It really wasn’t so bad after all.

So the moral of this (true) story is to pick a holiday that will fulfil more than the desire to see the aurora. Select a destination that you’ve longed to visit, choose activities and excursions that will give you those lifetime memories.

I still recount stories of husky mushing to my patient friends and family five years on… Because if you don’t get to see the lights, either because they choose to stay away or like me, you’re otherwise engaged, then it’s no big deal – you’ve had the trip of a lifetime without them. And for what it’s worth, I did get to see the elusive moose. And not just one, but several.

Increase your chances of seeing the aurora

Include a visit to the Aurora Sky Station in Abisko National Park in your holiday – in January 2014 there was a huge 80.5% chance of witnessing the northern lights from there!

You can also follow @DTW_Aurora on twitter for daily northern lights forecasts for Iceland, Scandinavia, Canada and Alaska between September and April.