A winter holiday in Sweden’s far north should be on everyone’s wishlist, with highlights ranging from the seriously cool Icehotel to northern lights watching in Abisko National Park. Access is blissfully easy with Discover the World’s direct charter flights between London and Kiruna in the heart of Swedish Lapland. Don’t overlook summer in Sweden: it’s warm, the sun can shine 24 hours a day, the scenery is breathtaking and there’s loads to do – from self-drives to wildlife breaks. 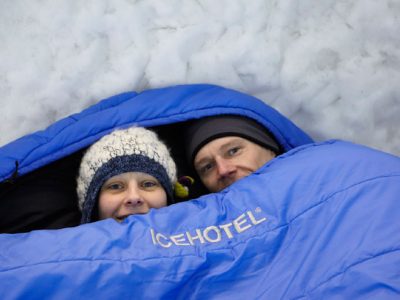 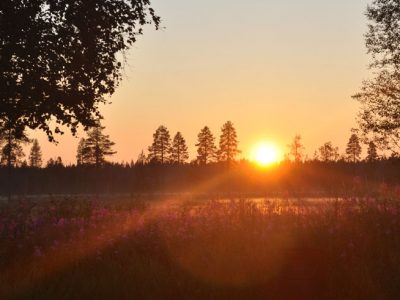 Travel to the Arctic Circle deep into Swedish Lapland and you will experience proper winters with snow cover from October to May and temperatures dropping to extremes of –30°C or more. The daily mean temperature during January in Swedish Lapland is around –13°C, while Lulea has a milder coastal climate with average winter highs ranging from 5°C in October to –5°C in January – cold enough for the Gulf of Bothnia to freeze over. From early December to January, the sun does not rise and you can experience the strange blue twilight of the polar night.

When is the best time to see the northern lights in Sweden?

The aurora can be visible on a clear winter’s night any time between September and March – and sometimes outside this period. The equinox months of September and March often have some of the best northern lights activity. The appearance of the aurora is always unpredictable, so it’s worth looking as soon as it gets dark, providing you have clear skies above.

Can you celebrate Christmas and New year at the Icehotel?

Absolutely! Festive fun at the Icehotel lasts from mid-December to early January, with a daily programme of events. Enjoy warm, spicy Glogg and freshly baked gingerbread, before browsing the Christmas Market for local handicrafts and gifts – all in a beautiful Lapland setting, with Christmas tree, twinkling lights, music and traditional food and drink. Our four-night New Year at the Icehotel holiday, meanwhile, includes a very special New Year’s Eve Ice Menu dinner. Later in the evening, candles light the way to a bonfire on the frozen River Torne. At midnight, weather permitting, Chinese lanterns are released, then it’s back to the Icebar in the spectacular main hall of Icehotel 365 for the New Year’s Eve party of a lifetime.

When is the ice harvest festival at the Icehotel?

Early each spring, blocks of solid ice, each weighing around two tonnes, are cut and lifted from the River Torne before being stored in an ‘ice barn’, ready to be used for future Icehotel creations. To celebrate the ‘new crop’, the Ice Harvest Festival (usually around early March) features a live sculpture show by one of the Icehotel’s legendary artists, an ice fishing contest, live music in a lavvu tipi, a kicksled race and ice swimming workshop, plus a market place with everything from local handicrafts, mulled wine and Torne lager tasting. Younger guests can try their hand at ice fishing and snowman building as well as meet the friendly sled dogs.

Forged using thousands of tonnes of ice from the frozen River Torne, the seasonal Icehotel is reborn each winter in the village of Jukkasjarvi in Swedish Lapland. Sculptors transform its interior into exquisite yet ephemeral ice art – the fabulous suites enchanting guests for a few months before the unique creation melts back into the river. A new addition, Icehotel 365 is a permanent ice experience with an ice bar, ice gallery and ice suites, offering the magic of the Icehotel to summer visitors as well.

During winter, the snow-covered landscape is a pristine playground for snowmobiling and husky sledding – not just at the Icehotel, but at destinations throughout northern Sweden, including Lulea on the shores of the frozen Gulf of Bothnia. Another highlight of a winter visit is the chance to go northern lights watching. With no light pollution and frequent cloudless skies, the mountain wilderness of Abisko National Park is renowned for its displays of the aurora borealis. The Abisko Mountain Station has grand views across Lake Tornetrask and surrounding fells, while a chairlift ride to the Aurora Sky Station puts you on top of the world when the northern lights are blazing away.

Sweden in spring (March – May)

Longer days and warmer temperatures mark the beginning of spring. Flowers start to bloom in southern Sweden, but there will still be snow cover in the north until early May. By the end of May, however, there’s 24hr daylight in northern Sweden (and the midnight sun above the Arctic Circle). As the thaw sets in, winter activities like snowmobiling and husky sledding are replaced by hiking, fishing and boating. The natural world is also stirring stirring to life – from poppies smothering the island of Gotland to brown bears emerging from hibernation in the wildwoods of central and north Sweden. 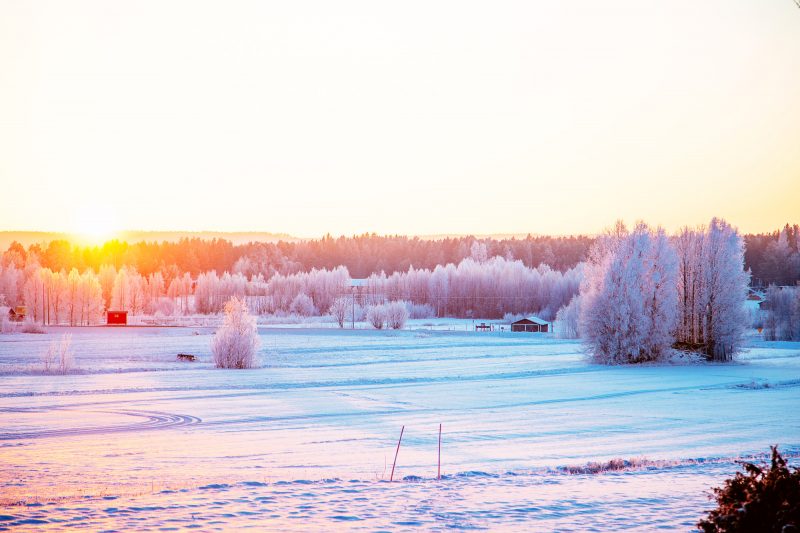 What are the seasons according to the Sami people?

Such is the ever-changing light and patterns of nature in Lapland that the indigenous Sami people recognise eight – not four – seasons in a year. The Sami calendar also revolves around reindeer. Although few Sami live by the old nomadic ways, reindeer herding is still deeply entwined in their culture. For thousands of years, Sami and reindeer have ebbed and flowed between sea, mountain and forest, following seasonal cues to find food and shelter.

During the spring season of gidá during April and May, newborn reindeer take their first unsteady steps as birch forests break out in a flush of green. Snow still lays thick on the fells, and it’s not until gidágiesse (the spring-summer season in June) that the herds make it to the high ground. The Sami mark their calves during giesse, the warm summer period between late June and July, while August – or tjaktjagiesse – sees berries and mushrooms begin to ripen. As frosts lace the land in September and October (the autumn months of tjaktja), the reindeer lay down fat reserves ahead of winter. The herds are grazing on lower slopes and this is also the rutting season.

By autumn-winter (the tjaktjadalvve period straddling November and December), snow has cloaked the landscape. Reindeer scrape at scant grasses and sedges; they will soon be moved to winter pastures. Come winter, or dalvve, the longest of the eight seasons, lasting from December to March, fir trees bow under the weight of snow and the polar twilight infuses everything with a deep blue, monochromatic glow. Unfazed, the reindeer browse on lichens, while their Sami guardians – equally well adapted to the Arctic winter – huddle in tepee-like laavu tents, fashioning reindeer-hide clothing, or venture outside to go ice fishing, reindeer sledding and snowmobiling. An appearance of the aurora borealis, meanwhile, is treated with great respect – some Sami still share the shamanistic belief that the lights emanate from the souls of the dead.

Summer is a great time to head to Lapland if you’re a lover of nature and the great outdoors. Once the snow has melted and the rivers and lakes have thawed, the landscape is ripe for adventure – whether you’re into hiking, canoeing or cycling. Icehotel 365 in Jukkasjarvi remains frozen inside (so you can admire the amazing sculptures and spend a night sleeping on ice throughout summer), but its domed roof becomes carpeted in wildflowers. A short break here offers a unique experience, combining summer and winter in one holiday. Self-drive is also possible in Swedish Lapland during summer, combining Icehotel 365 with a route east towards Lulea, or west towards Abisko National Park and onwards to Norway.

The stunning countryside and sparkling coastline of West and Southern Sweden are at their most beautiful during summer. The southern province of Skane enjoys a mild climate and a laidback atmosphere – perfect for a self-drive touring holiday. Slightly further north, West Sweden is also ideal for a summer self-drive. The coastline stretches from Gothenburg to the Norwegian border and boasts a spectacular archipelago of around 8,000 islands, plus picture-postcard hamlets and golden dunes.

By the end of August, the leaves in northern Sweden start to change colour and night frosts are not uncommon. As the nights draw in, you stand a good chance of witnessing the aurora borealis. The first snowfall usually arrives in September or October. 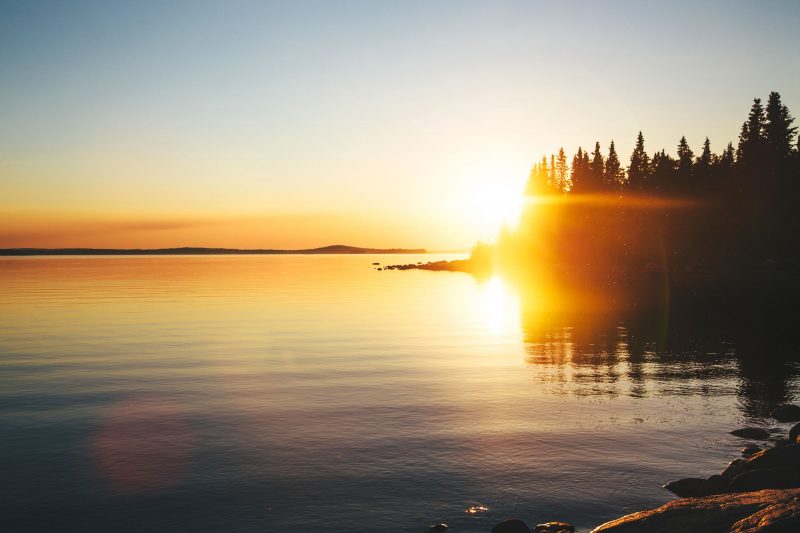 from £553
excluding flights
3 nights Jan-Mar, Dec
The ultimate short break at the Icehotel and in Abisko, one of the best aurora spots.

from £881
excluding flights
4 nights Jan-Apr, Oct-Dec
This inclusive short break is based at delightful Brandon Lodge with an array of winter activities to choose from.
Discover more