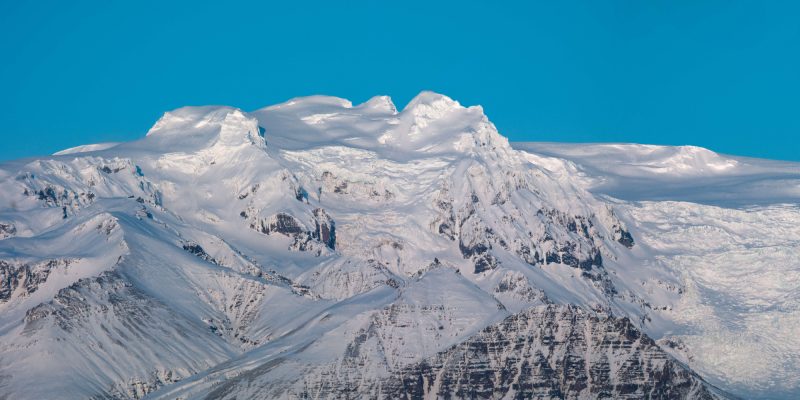 We asked earth scientist, author, explorer and a member Icelandic parliament, Ari Trausti Guðmundsson for his update on Mt Oraefajokull since his last post in February of this year.

Classroom application: Can your students identify methods of planning preparation and precaution that Icelanders are using?

“From time to time, the UK media reiterate that some of the Icelandic volcanoes might erupt with serious consequences. And right they are but such events are rare and even large volcanic eruptions could have small or very moderate effects on the UK and mainland Europe. Currently, four of the larger central volcanoes in four out of the thirty volcanic systems that line Iceland, show signs of unrest. All are known for intermittent large eruptions within the last millennium: Katla, Hekla, Bárðarbunga and Öræfajökull. However, Grímsvötn, Iceland´s busiest volcano, tends to erupt frequently but spreading relatively small volumes of ash.

Öræfajökull, Iceland´s largest and glaciated central volcano (2,110 m) gets quite a lot of attention. Earthquakes, including deep source shocks, and sudden geothermal activity that formed circular ice cauldron in the summit region cause concern. Increased discharge in a river that flows from a long valley glacier in the south slopes of the mountain contains chemical elements that confirm new and strong geothermal activity in the summit caldera. This and a sudden increase in seismic activity suggest magma up-flow into the magma chamber of the volcano. So does also another fact, evident from GPS-monitoring. As seen from the map, the big mountain has swelled considerably, within a range of 5 to 35 mm pr. year in 2017-2018. The geothermal activity seems to decrease but the seismic unrest increases on a one-year basis. The process may come to a halt with magma injections into the crust but it could also be a prelude to a volcanic eruption, large or small, within weeks, months or years.

Subglacial eruptions produce ash and result in a flash flood (jökulhlaup). In this case the intensity of a possible eruption is, as always, unforeseen but a flood would be violent because of the height of the mountain. The volume depends on the initial intensity of the eruption. Öræfajökull erupted with great force in 1362 after a long repose. The volcano erupted in 1727-8 but with a much smaller volume of ash (and some lava), but still an intense jökulhlaup.

Another possible risk scenario is at hand in the Öræfi district. As the valley glacier at the volcano NW slope, Svínafellsjökull, thins and retreats, cracks open up in the adjacent mountain SE of the glacier. A small rockslide has fallen onto the glacier. A much lager section of the mountain could collapse and form the largest landslide observed in Iceland for centuries back. It poses threats to the immediate neighbourhood. Efforts to monitor the developments of fissures and cracks in Mt. Svínafell are already made.”