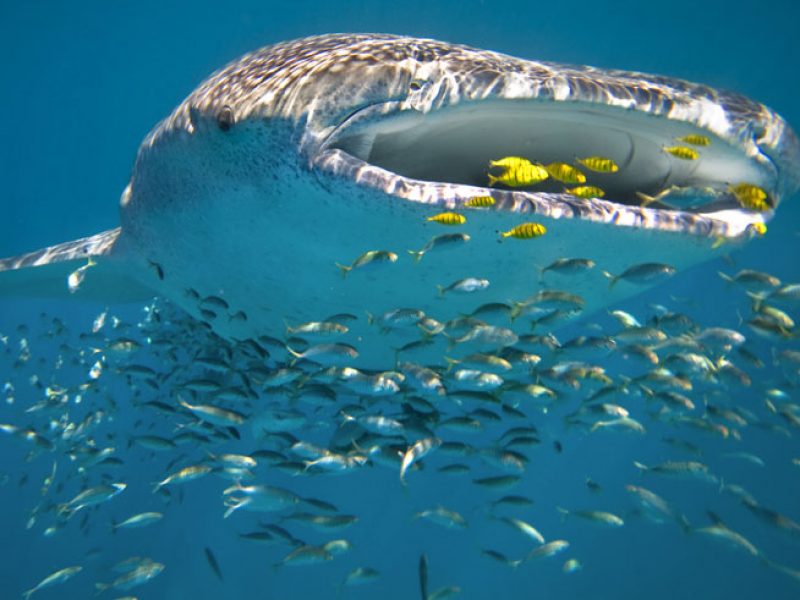 The west coast of Australia is rich in wildlife and if you’re planning a trip to this part of the world, there are some must-do experiences. So go wild with our top 8 wildlife encounters in WA…

Where? Ningaloo Reef
When? January – March

The World Heritage Site of Ningaloo Reef is where you can find several species of turtle including green, loggerhead and hawksbill.

Between January and March, these marine turtles mate and they head to shore to lay their eggs on mainland beaches adjacent to Ningaloo Reef. Approximately six weeks later, hatching turtles can be seen in the early mornings and late evenings as they make their way swiftly from their nests to the warm waters of the sea.

Why not explore the abundant waters of Ningaloo Reef as part of an tailor made reef and outback experience.

2. See the largest pod of orcas in the Southern Hemisphere

Bremer Bay Canyon is a marine life hotspot and scientific research area located on the south coast of Western Australia. Between February and March, killer whales, also known as orcas, frequent these nutrient rich waters in their hundreds, the reasons as to why are still being explored by marine scientists.

Where? Ningaloo Reef, from Exmouth or Coral Bay
When? April – July

Every year, the world’s largest fish congregate in the nutritionally rich waters off Ningaloo Reef. Despite their size (adult males can weigh up to 21.5 tons) whale sharks are docile fish that search the world’s oceans for concentrations of plankton to feed on.

Why not partake in a once-in-a-lifetime experience and swim with these mighty creatures on a specialist whale shark swimming cruise (full day excursion, April – July).

Where? Various places throughout Western Australia’s coastline
When? June – December

One of the longest whale watching seasons in the world, you can see whales in Western Australia from different vantage points for six months of the year.

At the beginning of the season, watch the waters in Augusta and the south west where the migrating whales can be seen resting and playing before travelling further north to the warmer waters of Coral Bay and Ningaloo Reef between August and November.

Catch a glimpse of the humpbacks between October and December on their return journey, as they take a rest in the coastal waters of Perth. You can catch the tail-end of the whale season by joining a tour from Rottnest Island or Fremantle.

Our Whales and Wine of the South West self-drive holiday (12 nights, Jun-Dec) takes you to plenty of coastal spots for whale watching plus a few days exploring the Margaret River region, famous for its wine.

Where? Monkey Mia
When? Year-round

Monkey Mia, a marine reserve just north of the Shark Bay Marine Park, is one of the only places in the world where you can interact daily with wild dolphins. It is also where you can join the only wildlife sailing cruise in Australia to offer scheduled “mermaid” (dugong) watching cruises (3 hours, daily). Only once each day the catamaran is licensed to enter this protected area designed exclusively for the conservation of these animals – the Dugong Management Zone. Home to 10% of the world’s dugong population, the chances of sighting the usually shy dugong is high, with the opportunity to also spot dolphins and turtles along the way.

The mysterious dugong is a marine mammal but is more closely related to the elephant than to whales and dolphins. They are sometimes called “sea cows” due to the fact that they feed almost exclusively on seagrass. Being cousins of the manatee, they share this plump appearance but with a dolphin-like tail. Dugongs have long been associated with myths and legends and early sightings of the species by sailors are believed to have led to the legend of the mermaids.

6. Search for the ultimate quokka selfie

Where? Rottnest Island
When? Year-round

Rottnest Island, a no car haven off the coast of Perth is the primary home of the small marsupial known as the quokka. A mainly nocturnal species that eat the leaves and bark of many plants, due to the sheer number of quokkas that inhabit Rottnest Island, it is possible to see these small furry creatures out and about in the height of the day.

Quokka’s give birth to a baby called Joey twice a year between January and August. Head to Rottnest in these months to see the newborn marsupials, many of which are naturally trusting and curious animals that may approach visitors.

Go in search of quokkas and maybe even get a quokka selfie as part of our Whales and Wine of the South West self-drive itinerary (8 nights, year-round).

7. Swim with a manta ray

Where? Coral Bay or Ningaloo Reef
When? Year-round

Manta rays are the largest of the rays and can be found in the Coral Bay region of Western Australia year round. The Manta Alfredi (otherwise known as the coastal manta) can measure between 2 and 4 metres in length from wing tip to wing tip and Coral Bay is one of the only places in the world to have a “resident” population of these graceful creatures.

Manta rays are not dangerous to humans as they do not possess the stinging barb, however, they can swim at speeds of up to 70km/hour. Why not snorkel or swim with these “eagles of the sea” on a lagoon, kayak and snorkel tour as part of our Western Reef Adventure self-drive (11 nights, year-round)

Where? The Kimberley Region
When? Year-round

“Salties” as they are referred to by the Kimberley locals are one of the largest reptiles in the world. These powerful and territorial creatures can grow to over 6m in length and lay up to 50 eggs at any one time between November and May.

Why not witness these mighty creatures yourself on a wildlife cruise along Ord River as part of an escorted tour throughout the Kimberley Region.

Experience the wildlife of Western Australia for yourself

Western Australia offers so much in the way of natural wonders and exceptional wildlife encounters. However, it is Australia’s largest state so to get the most out of your trip it’s worth planning well. Our accredited Aussie Travel Specialists have first-hand destination experience and can help you with this planning, adding personal recommendations as well as tailoring to your specific preferences. Simply get in touch or browse our pre-planned itineraries in Western Australia.

Whales and Wine of the South West

from £1,103
excluding flights
8 nights Year round
The lush green forests and fertile vineyards of Australia's South West provide the backdrop to this coastal adventure, whilst marine wildlife can be found in abundance off-shore.

from £1,160
excluding flights
11 nights Year round
Explore Western Australia following a route from Perth along the sunset coast to Exmouth via Kalbarri National Park and Monkey Mia.
Discover more